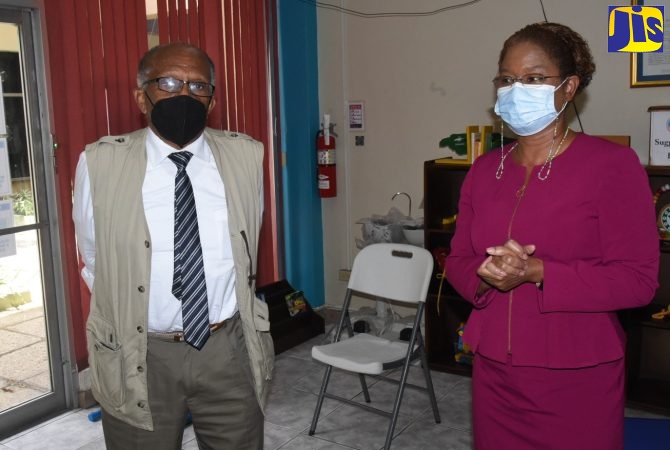 Strengthening of the early childhood education sector will be prioritised in the implementation of the Jamaica Education Transformation Commission (JETC) report, according to Professor Orlando Patterson.

Professor Patterson, who is Chairman of the Commission, said implementation of the report should start in September, with an external group to monitor the process.

“Early childhood is going to be… priority number one. It is going to be up front,” the Chairman said, while speaking with officials at the Early Childhood Commission (ECC), at its downtown Kingston offices on Monday (June 6).

He said the sector forms a “vital component” of the report, as it influences educational development in the later years of children. He highlighted that Jamaica “spends adequately” on education in comparison with other countries at the “level of our development”.

He reported that coming out of his visit to the May Pen Primary School in Clarendon, he is “very impressed” with the principal and staff at the institution. He noted that students travel more than one hour to get to the school and “the parents are willing to take on that burden in order to get there,” he said, to emphasise what parents will do once they expect good results.

Professor Patterson, who has been visiting key institutions since May 30 to engage with and get feedback on the Commission’s report, said the group is hoping that technical and vocational education will be included at the primary-school level.

Plans in the report will be executed in collaboration with the Education Transformation Oversight Committee (ETOC), which is responsible for monitoring and reporting on the progress made. It will be chaired by Financial Economist and a Director of the Development Bank of Jamaica (DBJ), Dr. Adrian Stokes.