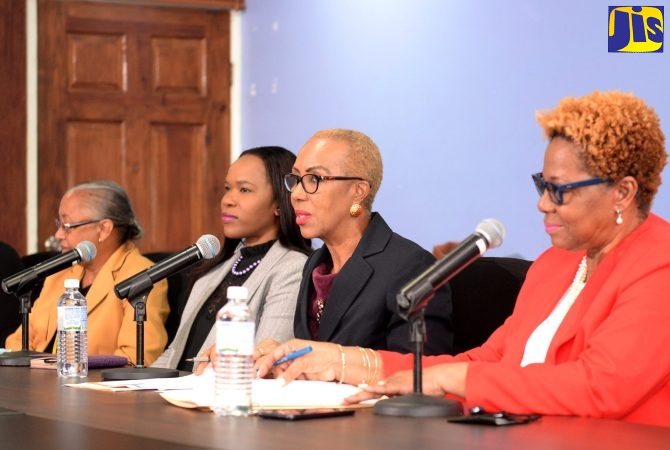 Minister of Education and Youth, Hon. Fayval Williams, has commended male students on their performance in this year’s secondary-level external examinations.

The Minister indicated that the males did well in eight CAPE subjects, notably Art and Design, Spanish, and French, where all the candidates received passes, as against the 97.4 per cent, 96.2 per cent and 95 per cent of females, respectively.

Jamaica’s overall average pass rate for CAPE, for which students obtained grades one to five, was 88.5 per cent.

Approximately 91 per cent, or 42,488 candidates, sat the exams, of which 76.7 per cent passed at least one subject, with grades one, two or three.

“Those are good percentages for our males, and we want to encourage them along in these various subject areas,” Mrs. Williams stated.

She also thanked parents and teachers for supporting the education of all the students.

The annual external examinations were administered through the Overseas Examinations Commission.