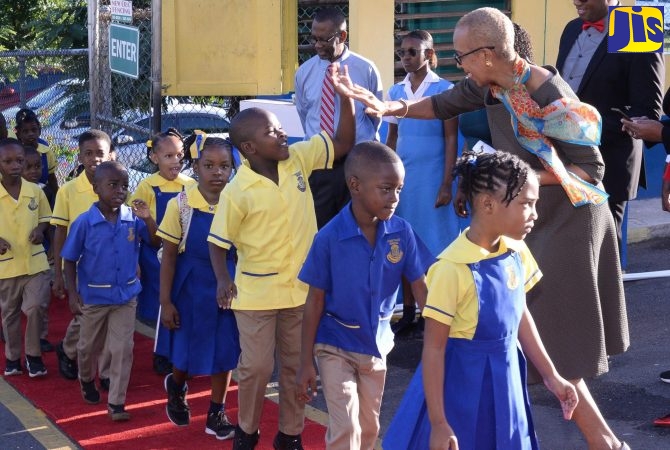 For the new school term, the Ministry of Education and Youth will be placing greater focus on the teaching of civics.

Civics education encourages good citizenship, greater respect for cultural integrity and nation-building, among other things. It has been reintroduced to the National Standards Curriculum at all levels.

Portfolio Minister, Hon. Fayval Williams, provided details to the media during her interaction with students and staff at the Constant Spring Primary and Junior High School in Kingston, on January 9 the opening day of the new school term.

“We have relaunched civics in school. There will be an emphasis starting this term that all our schools teach civics not just the 95 who are doing so. We have well over 1,000 schools. The curriculum has been put together, it is out, and it is in the schools. We believe it is important for this to happen, so our children are a national pride from a very early age; they understand who they are as Jamaicans and what it is that is required of them,” she said.

The Minister pointed out that the programme is an important addition to the curriculum, which will assist students in gaining a better understanding of who they are as Jamaicans and their development into law-abiding, productive citizens in the future.

In the meantime, the Ministry will be seeking to promote greater involvement of parents in the education process and to facilitate improved channels of communication between parents and schools.

“We want to continue to emphasise that parents are important stakeholders in the business of education and we are calling on parents and teachers for greater cooperation,” the Minister urged.

She said that in those instances where (disgruntled) parents wish to express concern about certain issues, they are to utilise established processes and protocols to communicate and resolve these problems.

“We are really emphasising parent-teacher cooperation and for our parents to see themselves as part of the education system as a support for their children who are in school,” the Minister added. 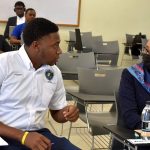 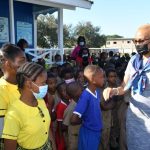 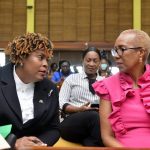