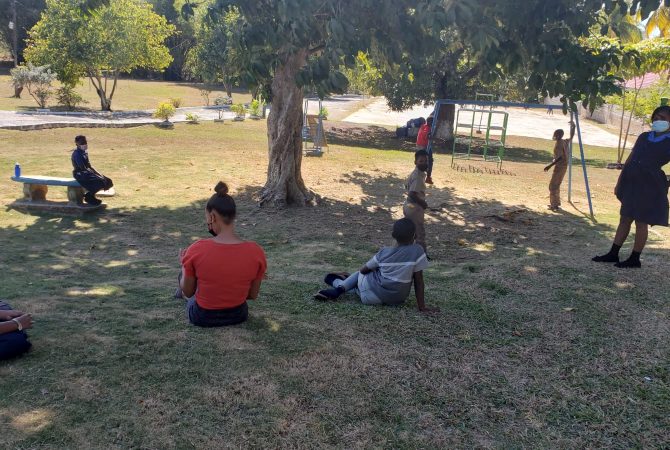 Principal of Holland Primary School in St. Elizabeth, Simone Doctor, says focus is being placed on improving the reading levels among the critical grades as face-to-face classes resume in schools nationwide.

She told JIS News that the institution, which resumed in-class learning on January 5, has already been devising strategies to improve students’ reading across all the grades.

Mrs. Doctor said that special emphasis will be placed on some students in grade four who are “weak” in reading.

“They would have left the face-to-face setting at grade two when they needed that teaching. So, we are recognising that there are several slow students [and] what we are doing now is have them go through a trial,” the Principal noted.

She explained that on Tuesdays the grade-four students will be separated based on their reading ability, where special reading lessons will be taught to bring them back up to speed.

“It is not throughout the whole period that they will be separated [and] we have already brought that to the parents that we are trying that for now, because some of them will need some intervention that others won’t need,” Mrs. Doctor said.

She indicated that, like other schools, Holland Primary is utilising a blended rotation model as recommended by the Ministry of Education, Youth and Information.

“We will have students from each grade every day, but some grades will be halved to keep to COVID-19 protocols, because the classes are over 30. So, for the spacing, classes could accommodate at least 15 students to maintain the social distancing,” the Principal pointed out.

“However, some critical grades, like one and six, those students are scheduled to come every day, while the other grades will be half of the class every other day. We recognise that for the new ones coming in, they need that intervention because they are coming from the early-childhood institutions and they have been out for a very long time,” she added.

The Principal said those students who remain at home are to be engaged in online classes.

In the meantime, Mrs. Doctor noted that the resumption of school for the first week went smoothly, adding that staff engaged students on the new norm for face-to-face classes to include physical distancing, hand washing and sanitising upon entering the school, as well as recording temperatures.