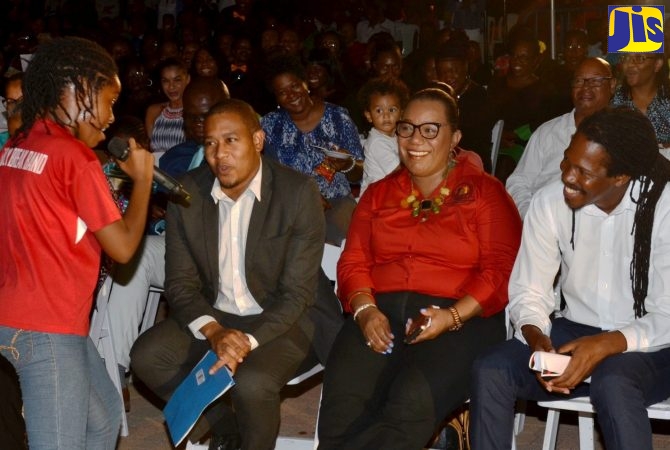 JIS: State Minister in the Ministry of Education, Youth and Information, Hon. Floyd Green, says a Joint Select Committee of Parliament is considering harsher penalties for persons who commit crimes against children.

The State Minister was speaking at the Child Protection and Family Services Agency’s (CPFSA) 12th annual Candlelight Vigil and Concert at Emancipation Park on November 19.

“The Joint Select Committee is in its final meeting and, already, I think we have agreed to recommend to Parliament that there should be a special change in our law to indicate that where the crime is committed against vulnerable groups, which include our children and the elderly, there will be the harshest penalties possible,” he said.

Mr. Green said the Government will continue to play its role in protecting vulnerable children.

“The Government clearly has a role to play, and we have been using our systems to see how we can remove the bureaucracy from our child protection system. We have merged the Child Development Agency and the Office of the Children’s Registry to form the Child Protection and Family Services Agency, and in so doing, we expanded the mandate of what used to be the Child Development Agency, to look more at proactive intervention,” he pointed out.

Mr. Green said they will be strengthening the parenting arm of the Child Protection and Family Services Agency by bringing on board the National Parenting Support Commission.

“We want to form what we will call a Super Child Protection Agency that not only looks at intervening when a child has been abused, but proactively looks at parenting sessions, parenting mentors, working with our parents to reduce the amount of abuse,” he added.

Meanwhile, Chief Executive Officer, CPFSA, Mrs. Rosalee Gage-Grey, informed that a report on child mortality by the UN Inter-agency Group for Child Mortality states that an estimated 6.3 million children aged 15 years and under died in 2017. Child mortality is due to violence, health-related issues, motor-vehicle accidents and other factors.

She also noted that statistics from the Jamaica Constabulary Force (JCF) show that a total of 70 children died under violent and tragic circumstances for the period October 2017 to October 2018.

This year’s vigil was staged under the theme ‘Every Child Deserves Protection’, in commemoration of World Day for the Prevention of Child Abuse.

Highlights of the evening included the ceremonial lighting of a candle in Emancipation Park, and children pinning the names of other children who were killed from across Jamaica on a large mounted map of the country.