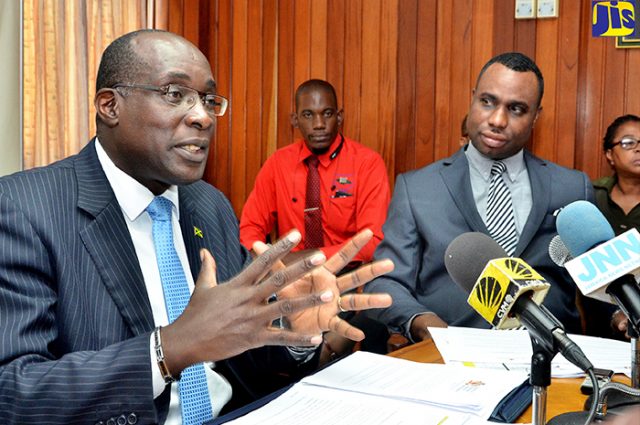 JIS: JAMAICA has recorded an increase in mathematics passes in the May/June 2017 sitting of the Caribbean Secondary Education Certificate (CSEC) examinations, but there has been a drop in sciences and English Language passes, Education Minister Senator Ruel Reid has disclosed.

Reid pointed out that 34 subjects were sat and 18 showed improved pass rates over 2016.

On closer examination of the data sheet, all science subjects sat, except human and social biology, showed a percentage pass decrease, compared to last year.

For biology in public schools, of the 6,295 students who sat the examination 69.7 per cent passed, indicating a decrease from an 81.7 per cent pass rate last year from 6,098 students.

To help improve this matter, Reid said the Ministry of Education has been aiming to strengthen teacher competence at earlier stages in the education system by bringing more technology and having labs within primary schools.

At the high school level, he said work is being done to change the approach of teachers and students to learning, as “all the questions for science are application, and not just recall”, explaining that some questions require practical knowledge of real-life situations which many students are not exposed to. As a result, teachers will have to look at a more hands-on approach to teaching and learning, he said.

Economics had the highest percentage increase, moving from a 71.7 per cent pass rate last year to 84.1 per cent.

Additionally, five subjects — agricultural science (double and single award), principles of business, physical education and sport as well as food and nutrition — had average pass rates of more than 90 per cent.

Meanwhile, the education minister disclosed that the Caribbean Advanced Proficiency Examination (CAPE) saw an average pass rate of 89.8 per cent, compared with 86.6 per cent in 2016.

Reid added that for public schools Unit 1 one showed an increase of 2.4 percentage points over the previous year and Unit 2 registered a 5.7 percentage point increase, compared to 2016.

Applied and pure mathematics had a decline of 7.8 and 1.9 percentage points, compared to 2016.