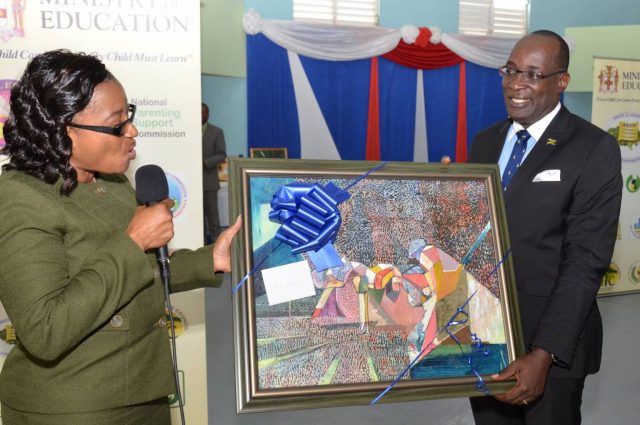 JIS: Infant, all-age, primary and junior secondary schools across the island are to benefit from a 90 per cent increase in maintenance grants at the beginning of the new school term in September.

The announcement came from Education, Youth and Information Minister, Senator the Hon. Ruel Reid, at a Region Six Back to School meeting, held at the Cedar Grove Academy in Portmore, St. Catherine, on August 18.

The meeting was held under the theme ‘Growing Better Schools for Better Communities’.

Mr. Reid informed that at present, the allocation per capita stands at a little under $1,000, and that will be increased to a further $2,500 per capita come next financial year.

“We are dispatching the maintenance grant to your schools as we speak… . This sector is not at all being underserved,” Mr. Reid told the meeting.

The Minister indicated that in this school year, “every school which previously had a pit latrine, (it) will be removed once and for all. They will be a thing of the past”.

“That same culture must continue into high school and more so on to the eve of those examinations,” he said.

As it relates to school safety and security, Mr. Reid informed that the Ministry will be investing in several strategies to make schools safe.

“We’ve completed the training of some 1,000 safety and security officers. The areas covered under the training included human trafficking, roles and responsibilities of school resource officers and the issue of gangs in school,” he said.

Additionally, some 400 individuals will be recruited and trained as school security and safety officers.

The Minister reminded senior school staff to ensure their school build the entire person by “inculcating in students sound and moral values”.

Meanwhile, Permanent Secretary in the Ministry, Dr. Maurice Smith, encouraged those in attendance to remain anchored during the new school term.

He reminded them not to abuse the power that has been vested in them and not to place unnecessary burdens upon themselves.

“We are servants of the people. We are operating in their (students) services. Do not walk around with the weight of the school on your shoulders. It will go on without you,” he said.