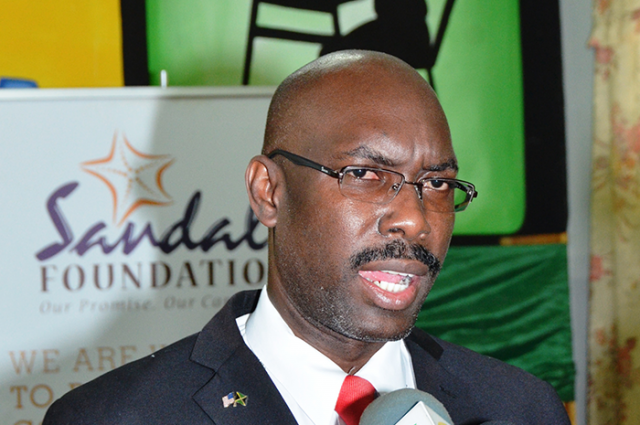 JIS: Students are being encouraged to utilize the National Security Ministry’s ‘Stay Alert’ mobile application, among other measures, if their safety is threatened.

This urging comes from Director of Safety and Security in Schools, Ministry of Education, Youth and Information, Assistant Superintendent of Police (ASP) Coleridge Minto, consequent on an upsurge in violence against the nation’s children.

He was speaking with JIS News last week during a visit to Green Pond High School in St. James, which recently lost one of its students, 15-year-old Shineka Gray, to violence.

Noting that the app has been endorsed by the Education Ministry, ASP Minto assured that “once you have downloaded it if, thereafter, you are in any form of difficulty, you can send a panic signal to our police control and a response will be made.”

He also encourages parents, teachers and other civic-minded members of the society to utilize the app.

Meanwhile, ASP Minto has lauded the Jamaica Constabulary Force‘s (JCF) implementation of the “buddy” system, citing it as “another very good security measure.”

He said the initiative which encourages persons to, among other things, travel in groups to minimize the risk of violent attacks, should be adopted, particularly by students.

Additionally, he said, out of an abundance of caution, students and members of the wider public should secure as much information as is possible about the public passenger vehicles transporting them and the drivers, in the event of an undesirable incident.

Meanwhile, ASP Minto said there has been a reduction in the number of violent incidents among students in schools. He, however, is concerned that these have been transferred to the streets and public spaces where there has been notable upsurge.

He said the provision of transportation for students and the posting of security officers along certain routes are among the measures which have been implemented to good effect to protect the youngsters while travelling to and from school.

CAPTION: Director of Safety and Security in Schools, Ministry of Education, Youth and Information, Assistant Superintendent of Police Coleridge Minto.