JIS: During the 2016/17 academic year, the Government will remove 12 more schools from the shift system.

Minister of Education, Youth and Information, Senator the Hon. Ruel Reid, notes that 14,395 students will be impacted.

Senator Reid was speaking at a back-to-school press conference, held on August 31 at the Ministry’s Heroes Circle offices in Kingston.

The Minister pointed out that more schools will be removed from the shift system over time.

“We will be engaging in a year-by-year programme to reduce the number of schools on the shift system until it is totally eradicated,” he said.

Senator Reid informed that a schedule will be made available on the Ministry’s progress.

He noted that 25 schools were taken off the shift system during the 2015/16 academic year, including six primary, two all-age, 11 primary and junior high, and six high schools.

The shift system was introduced in the 1970s to provide high-school access for all Jamaican children. 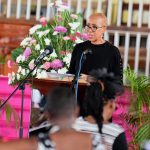