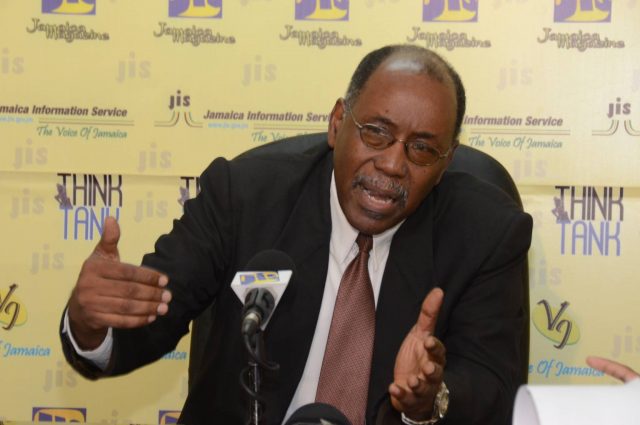 JIS: The National Youth Service (NYS) has been allocated $295 million for the implementation of various youth-development programmes during the 2016/17 financial year.

Speaking at a JIS Think Tank recently, Acting Executive Director of the NYS, Dennis Lawrence, noted that these programmes, which aim to equip young people with the necessary training and life-coping skills to foster their personal and career development, have collectively benefited some 20,000 persons in the last financial year.

He said the aim is to continue to increase the number of persons, who will be reached under these initiatives each year.

Under the NYS’s flagship Summer Employment Programme, a sum of $112 million has been allocated for the engagement of 6,000 young people in work experience and employability skills during the months of July and August. This is an increase over the 5,000 persons placed last year.

The Graduate Work Experience Programme, targeting tertiary-level graduates, has been allocated $79 million. Under the initiative, graduates who hold an associate or first degree are placed in internships in their area of study for a period of six months.

The Access to Higher Education Partnership Programme (AHEPP) has received $20 million. Under AHEPP, up to $100,000 in tuition assistance is provided to students pursuing studies in national priority areas such as agriculture, logistics, engineering, tourism, and information and communication technology (ICT).  AHEPP involves partnership with select tertiary institutions.

Meanwhile, the Empowerment and Enrichment programmes have received $33.1 million and $25 million respectively, while the Rural Youth and Economic Programme has been allocated $9.9 million.

The remainder of the budget will be spread across the Volunteer Programme; Youth Month initiatives; the Entrepreneurship 101 programme; the Access to Success through Knowledge (ASK) initiative; the Financial Assistance Programme; and the ‘Movements: Social Inclusion Through Arts’ public-awareness campaign.

The NYS through its various programmes, has been empowering the lives of Jamaica’s young people for more than 38 years.