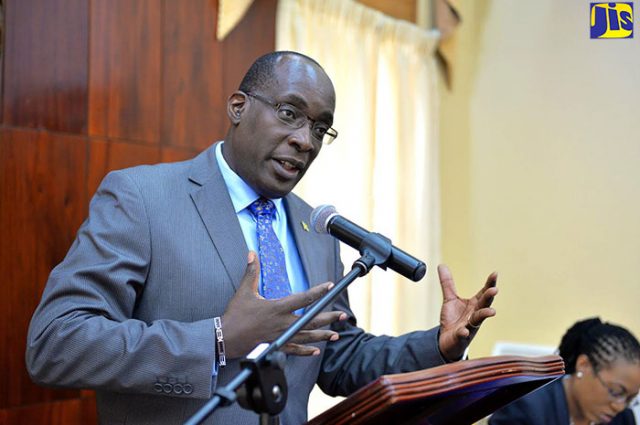 JIS: Within the next three years, 42 schools will be taken off the shift system, says Minister of Education, Youth and Information, Senator the Hon. Ruel Reid.

Making his contribution to the State of the Nation Debate in the Senate on September 22, the Minister noted that 13 of these will be removed from the shift during this academic year.

He said during the past year, the Ministry moved to ensure that schools in most urgent need of repairs were assisted ahead of the start of the new academic year.

The Minister pointed out that 172 schools have been identified to benefit from the Schools Maintenance Project at just over $554.3 million. “Fifty schools are in contract at a value of $174.3 million,” he added.

In the meantime, Senator Reid said the Ministry has allocated $76 million in the 2017/18 budget for the removal of pit latrines from 35 schools.

The initiative falls under the Ministry’s Sanitation Programme. There are 42 schools that still utilise pit latrines as the only means of faecal disposal.

He said the remaining seven schools will be completed through partnership with Jamaica Social Investment Fund (JSIF) and the Culture, Health, Arts, Sports and Education (CHASE) Fund in the current financial year.