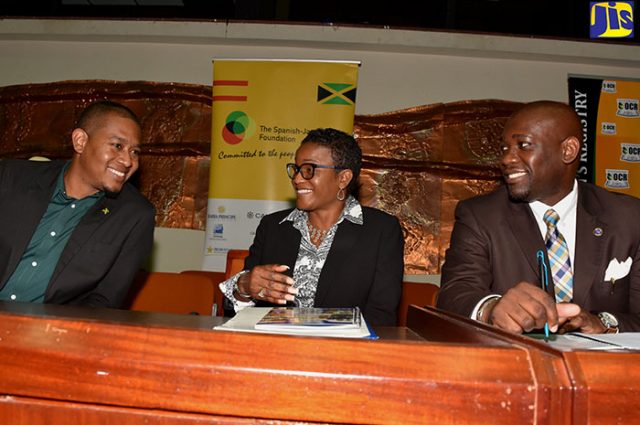 JIS: Minister of State in the Ministry of Education, Youth and Information, Hon. Floyd Green, is reporting that 500 volunteers were trained last year to assist in search and rescue operations when a child is reported missing.

The volunteers, from communities across the island, also received instruction in first aid techniques.

“Not only do we want to know that when a child has gone missing that the reports go out to all our media houses, we want to know that we have volunteers across the length and breadth of Jamaica, who will go out and start the process of searching to bring back our children,” Mr. Green said.

The Office of the Children’s Registry (OCR) published the first Search and Rescue Protocol in 2014, and conducted 10 training sessions through the Caribbean Search Centre of the Jamaica Constabulary Force (JCF) for over 150 volunteers in St. James, Trelawny, St. Ann, St. Thomas, Westmoreland and St. Catherine.

Mr. Green, who was addressing the Ananda Alert National Missing Children’s Forum at the Jamaica Conference Centre, downtown Kingston, on Thursday (May 25), said the Government is committed to protecting the nation’s youth, and urged all well-thinking Jamaicans to do their part.

He noted that significant reforms have been undertaken in terms of how the State responds to missing children.

This includes updating the reporting timeline to allow for a missing-person report to be made before 24 hours have passed.

“Once you reasonably suspect that a child has gone missing, you can make that report to the police, to the OCR and we will start working on it immediately,” the State Minister pointed out.

In addition, a partnership has been forged with Facebook to broadcast Ananda Alerts to users of the social media site in Jamaica.

This is expected to broaden the search for missing children. These alerts will include photographs and other pertinent information about the child.

In the meantime, the Minister urged parents to do more to ensure that their children feel safe and protected.

“A lot of children leave home because of what they term as maltreatment and neglect,” he pointed out.

He said the Ananda Alert Secretariat has undertaken an internal study to determine the profile of children who go missing and the main reasons they give. He said it is the intention of the Secretariat to undertake a broader survey.

Last year, the Jamaica Constabulary Force (JCF) reported some 1,725 children missing, a decline of 11 per cent over the previous year.

The State Minister pointed out that 90 per cent of missing children return home. “I do not take comfort in the fact that we have a 90 per cent return rate because it does mean that there are 10 per cent that remain unaccounted for,” he said.