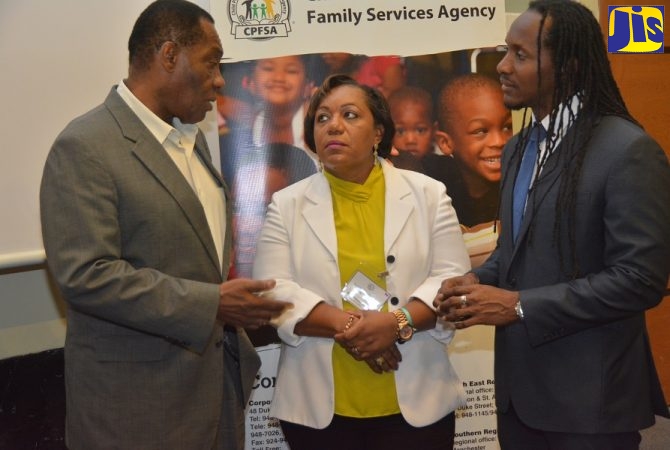 JIS: State Minister in the Ministry of Education, Youth and Information, Hon. Alando Terrelonge, says regulations governing the adoption of children in State care are to be amended in order to speed up the process.

Mr. Terrelonge notes that the impending changes will see children who have been neglected, abandoned or abused by parents, guardians or caregivers becoming eligible for adoption within a year of being placed in a facility.

“I have made the recommendation that once nine months [to] 12 months have passed, then we must be able to go to the court and to say to a judge that this particular parent has relinquished their right because they have abandoned their child. [In] so [doing] we can go through with having the court order made [so] that the adoption process can, in fact, go through. That is the future of childcare in Jamaica,” the State Minister further informed.

He was speaking during the Child Protection and Family Services Agency (CPFSA) Field Services Conference at the Iberostar Rose Hall Hotel in Montego Bay, St. James, on Tuesday (April 16).

Mr. Terrelonge contended that far too many parents refuse to give consent for children in State care being adopted, when there are many families willing and desirous of taking the youngsters into their homes.

“We have heard of too many children being left in State care for two years and three years, and they can’t get adopted. We have heard of a list of over 200 names of families who want to adopt children and they can’t get to adopt them. The minute you have abandoned your children, you have abandoned your rights and we must put an end to it,” he underscored.

The State Minister emphasised that the society is obliged to open their homes to children who are in need of care and protection, in order to ensure that “we are able to provide for them stable and loving homes, which every single child deserves”.

Meanwhile, Mr. Terrelonge has urged citizens to be vigilant and pay special attention to instances of child abuse and children acting out of character.

He also expressed gratitude to the social workers attached to the CPFSA for their yeoman service in protecting the nation’s children.

“I know that the work that you do is very stressful. So on behalf of the Government of Jamaica and the Ministry of Education, Youth and Information, I want to say thank you for the job that you do to ensure that the children of our country are safe,” Mr. Terrelonge said.