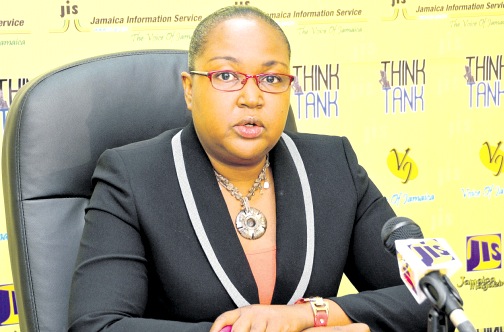 THE Ministry of Education says it plans to rationalise 168 more basic schools during this fiscal year in order to strengthen the early childhood sector.

The rationalisation process involves merging clusters of basic schools, as well as subsuming some into infant departments of primary schools. This is done according to factors such as the numbers of students at each institution, and the needs of the geographical areas, among other considerations.

Speaking at yesterday’s sitting of the Public Administration and Appropriations Committee (PAAC) at Gordon House, Chief Education Officer Dr Grace McLean said there was still an issue with some infant departments not following the ministry’s guidelines.

“We have seen some not very good achievements as it relates to some of our infant departments over the last two to three years. We found that in some instances — especially the ones that existed before (and) are already under government — there is a tendency not to want to ensure that they are following all the guidelines as stipulated by the early childhood commission,” she explained.

The chief education officer said these schools have been cautioned that there must be 100 per cent compliance with the early childhood standards. She pointed out that there have been cases of some children who are just over the age of three who are being grouped with those over four years old in the infant departments of some schools, with no co-ordinator to support the early childhood department.

“The principals had overall responsibility. So we made some changes (and) we took the decision to engage a co-ordinator to provide support directly at the early childhood level. We are expecting that, within this coming year, we should see some amount of improvement,” Dr McLean stated.

Meanwhile, she said the ministry now has data from the national students registration programme on the general performance of students up to grade 10 under. She said that, in another two years, the information should be accessible to other relevant agencies in order to make the appropriate intervention for students who have challenges.

Committee member Mikael Phillips argued that the government should move to have children admitted into the formal school system from as early as age two. He said there is a gap by the time they enter the system at age three, and that these students are falling behind in their early school years, as a result.

“You start at age three and there is a challenge for parents out there in finding a place for the children at age two,” he said, highlighting that private basic schools such as those built by churches and communities often are unable to fulfil the ministry’s standards for certification, cover insurance costs, and other requirements.

Phillips said he has found that the curriculum is often deficient. “In many instances, they just become a glorified day-care centre. It bothers me, because when they get to grade one, the teachers pay so much attention to get the majority of the students to catch up. It has been a long-standing problem, where we are paying a lot of attention to our secondary, tertiary and primary and we have left the early childhood institutions behind. By the time they catch up, it’s GSAT (Grade six Achievement Test) time. I would love to see us getting back to the stimulation starting at age two,” he said.

According to the Early Childhood Commission, there are currently 2,600 basic schools across the island, with just under 200 certified, and another 1,500 having permits to operate while inspections are periodically carried out leading to certification.