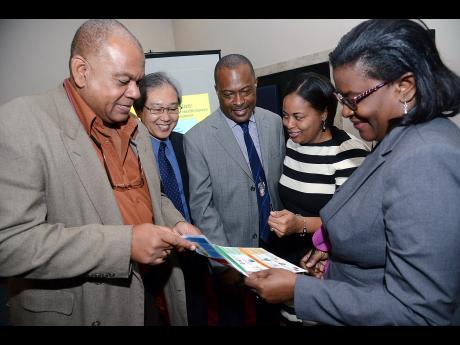 GLEANER: Jamaica may be currently faced with disturbing and alarming incidents of crime and mayhem, but a totally different picture has been painted in schools. A study done this year by the National Council on Drug Abuse (NCDA) shows that there has been significant reduction in major incidents of violence in learning institutions.

Reporting on findings that emerged from the 2017 Global School Health Survey and Rapid Situation Assessment, Uki Atkinson, research analyst at NCDA, noted that there has been a drastic decrease in bullying in schools, down from 41 per cent in 2010 to 24 per cent this year. At the same time, physical attacks were at 27 per cent, down from 46 per cent in 2010, while students who reported being in physical fights accounted for 31 per cent, down from 51 per cent.

“In looking at the data, we see, for example, that 31 per cent reported being in physical fights and this is, in fact, a reduction when we look at previous years. I thought it would have been the reverse, based on what we are seeing in the society, but based on the data we are seeing, there has, in fact, been improvement,” Atkinson told the gathering at the NCDA’s youth situation forum ‘Protect our Youth, Protect our Future’, which was held at the Pegasus hotel in New Kingston yesterday.

“Based on the comparison, between 2010 and 2017 physical injuries and exposure to violence have been on the decline. This could be as a result of health-promotion activities, interventions and so on. Quite a few organisations are doing significant work in our schools.”

MOST STUDENTS ARE NORMAL

A similar sentiment was expressed by Assistant Superintendent Coleridge Minto, director of safety in schools at the education ministry, who noted that only five per cent of students display chronic behavioural challenges.

“Violence in schools is actually down. When we look at 2012, there were 915 fights; 2013, 786; and although we only had 16 schools reported for 2016 – I suspect all schools were not reporting as they should – but all the major categories show that we were actually having a decline.”

He added, “What has happened is that there will be a major fight in a school today, it is reported all over the media and it looks as if there is an increase, but all the data over the last three to five years has been showing a reduction.”

READ Parenting crisis! – More than 50 per cent of parents know their children are using illegal substances and do nothing about it