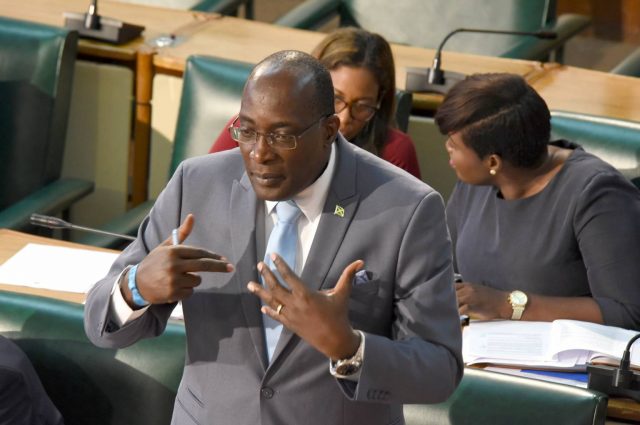 JIS: The National Parenting Support Commission (NPSC) is stepping up its efforts to empower parents with the knowledge and skills to effectively raise their children.

Minister of Education, Youth and Information, Senator the Hon. Ruel Reid, in a statement in the Senate on Friday (Nov. 24), said the entity will roll out a campaign focused on the issue of abuse, beginning with a Public Service Announcement (PSA) to be aired early next week.

On December 1, the NPSC will launch its parenting education programme in Region 4, which comprises Westmoreland, Hanover, and St. James.

The Education Minister informed that parenting education interventions are now being rolled out to other regions.

The Minister’s statement to the Senate comes against the background of recent debate on corporal punishment coming out of videos posted on social media, which showed children being brutally beaten as a form of discipline.

The Minister said he was “deeply moved” by the videos, which he said represented “the negative manifestation of the breakdown in the family.”

He said that the society cannot condone acts of violence meted out against children in the name of discipline “not in the homes, not in schools and not in the wider society”.

“We cannot continue to grow our children this way and expect them to be emotionally well adjusted teenagers growing into mature adults,” he argued.

The Minister said the Government “takes these issues (of violence) seriously,” and has undertaken specific action in relation to the videos, offering support and guidance where necessary.

Highlighting the gravity of the matter, Mr. Reid cited statistics from the Office of the Children’s Registry, which show increased reports of physical abuse linked to corporal punishments.

In addition, the Investigation Unit of the Child Protection and Family Services Agency (CPFSA) indicated that close to 2,000 of the matters investigated up to October 2017, were related to physical abuse.

The Minister said the lesson that must not be missed coming out of these incidents of abuse is that “our men are largely absent and mothers are often frustrated and stressed.”

“There is clear need for us to understand the factors that have driven and influenced parents to plan or not plan for their families’ lives. We cannot ignore the clear signs of danger. We must at this time effect critical interventions to change current and future parental practices for Jamaica,” he said.

The Education Minister said the Government has been working to enhance the support it provides to families through various interventions, citing the merger of the Child Development Agency (CDA) and the OCR to create the CPFSA as one such move.

The CPFSA gives practical support by offering advice and counselling with a view to improving children’s emotional health and behaviour as well as maintaining stability within families. The agency has an active counselling response team which reaches out to children, families and communities which that experienced trauma from sexual or other forms of violence, disaster or displacement.

The CPFSA also engages in community outreach and public education to raise awareness about child rights, child abuse and parenting.