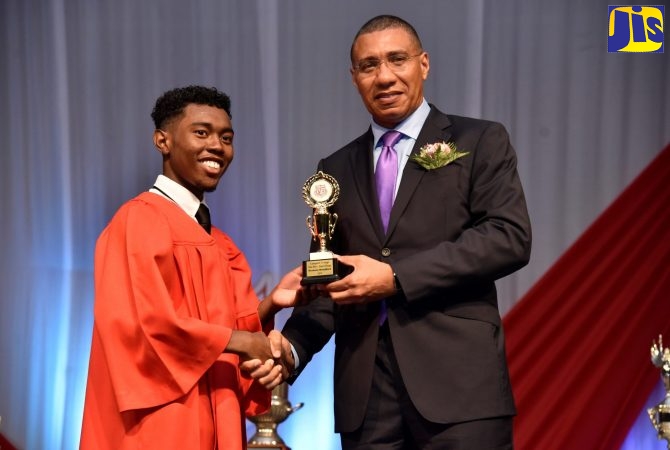 JIS: Prime Minister, the Most Hon. Andrew Holness, has lauded the sterling work of the church in assisting the Government with the delivery of quality education to the nation’s children.

Speaking at the graduation ceremony for Campion College at the institution in St. Andrew on June 27, Mr. Holness noted that the church has been playing this valuable role “for more than 180 years since Emancipation and the Colonial education grant”.

“Church-run institutions provide a higher level of governance through their Board. They ensure greater accountability of the principal and management; they are able to mobilise a resource base larger than the school itself, but most importantly, they uphold a higher standard of moral leadership and the promotion of a culture of excellence in education,” he argued.

The Prime Minister further noted that it is not a coincidence that, “regardless of the metric used to assess schools, church-run institutions dominate by far, the top-50 schools in Jamaica”.

He singled out the work of the Catholic Church in “maintaining consistently high standards” for Campion College, pointing out that in its almost 60-year history, Campion has been in the top-five performing schools and the top school for most of its history.

“This high level of performance can (also) be attributed to many factors, such as the achievement of the intake batches, the quality of the teachers, involvement of the parents, the past students’ association and great leadership from successive principals,” he said.

In the meantime, the Prime Minister advised members of the graduating class, whom he said “represent some of the best that Jamaica has to offer,” to act with urgency, and not waste time in attaining their goals.

“Whatever it is that you want to achieve in life, you cannot put if off until tomorrow. Take all the actions necessary to achieve your goals now, because you, at this time, may believe you have a long time to go, but time stands still for no man or woman,” Mr. Holness said.

He also charged them to continue to build on the teachings of the school, which places great emphasis on social justice, caring and having compassion for others.

CAPTION: Prime Minister, the Most Hon. Andrew Holness (right), presents the Top Boy award to Deshaun Brandford during the graduation ceremony for Campion College on the school’s lawn on Thursday (June 27). Mr. Holness was guest speaker at the event.

Safety and Security in Schools

The MoE wishes to develop and engender a culture of safety and security in the leadership and general population of all schools. By issuing minimum standards and guidelines for security and safety matters, we hope to stimulate a culture in...
read more