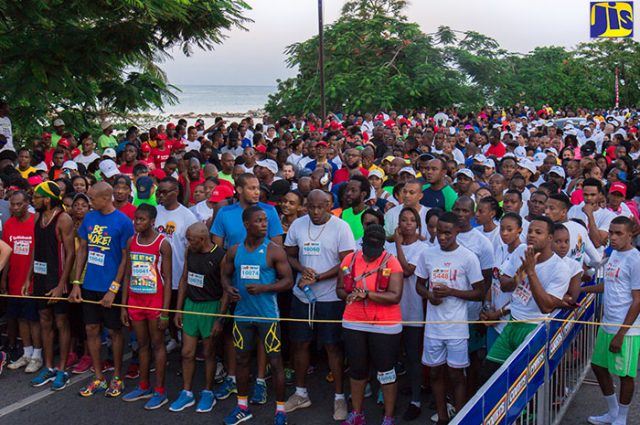 Speaking in an interview with JIS News, Mrs. DeGrasse-Deslandes noted that any initiative that will positively impact the early-childhood sector will have the support of the ECC

She also informed that the MoBay City Run’s organising committee has committed $500,000 towards early-childhood education in western Jamaica.

“We want to thank them on behalf of the ECC for their kind consideration. In recent months, the ECC has been strengthening its focus on the certification of early-childhood institutions (ECIs) across the island, through stakeholder partnerships and a series of Regional Certification fairs in all six regions. An Adopt-A-School programme is also to be launched this year,” Mrs. DeGrasse-Deslandes said.

She added that the ECC will be seeking to forge more partnerships in western Jamaica to ensure that the just under 500 ECIs in operation in that section of the island receive certification.

“Certification means ECIs have attained all 12 operating standards, which cover certain requisites for staffing. It also means how children are taught, fed, cared for and protected; how ECI buildings and grounds are maintained and how ECIs interact with parents and the community. Certification also means how well the ECIs are managed financially,” Mrs. DeGrasse-Deslandes explained.

For her part, Brand Manager of Courts Unicomer, Jacqueline Edwards-Locke, whose organisation has contributed $1 million to the event, said the inclusion of a three-kilometre (3K) race for children between the ages of five and 12 is a welcome addition.

“This is a very important area of learning, and we want to ensure that we do whatever we can to ease the burden off some of the parents,” she pointed out.

In the meantime, Jill Stewart and Sheila Pinto are two mothers who are ecstatic that there is a section this year for children.

“During training season, we get up early during the week and on the weekend to get our miles in, usually returning home before the kids wake up. We, however, started to realise that the kids were always interested in running with us, so we decided to start a kids running club, MoBay Likkle Movers,” Ms. Pinto said.

She said the goal is to get the runners more comfortable with running, and to participate in the MoBay City Run coming up in May.

“The kids, about 30 of them, now meet once a week for 30 minutes and run a little distance, do a little sprinting and have lots of fun. They are really looking forward to competing in the MoBay City Run,” Ms. Pinto added.

CAPTION: Participants getting ready for the start of last year’s MoBay City Run