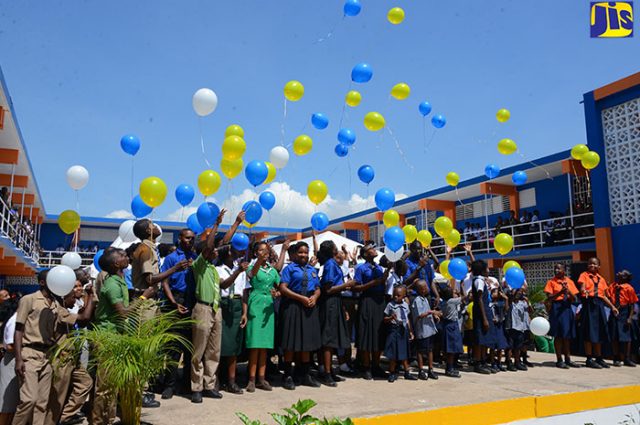 JIS: Minister of Education, Youth and Information, Senator the Hon. Ruel Reid, says Jamaica experienced a smooth start to the new school year, due mainly to an early disbursement of funds to schools.

Senator Reid said the Ministry was allocated some $5.3 billion in this year’s budget, and for the first time, the first tranche of funds was distributed early in July.

Senator Reid was addressing the official launch of the 2016-2017 school year, held today (September 13), at the Tivoli Gardens High School, in Kingston.

“Reports have shown that the early disbursement has given a smooth start to this school year,” the Minister said.

Senator Reid noted that for primary schools, some $40 million has been allocated for maintenance, while improvement work has been done at a cost of $70 million for infant and primary schools.

The Minister urged administrators to ensure that proper systems are put in place to account for funds they receive, and that the money is used for development activities to benefit the nation’s children.

Emphasising that children are “our bright future”, he encouraged students to give of their best at school, as time squandered might not be regained.

“I ask of you to talk with your friends and determine how you are going to make the best use of your time,” the Minister said.

He also noted that the National Values and Attitudes Programme will be re-launched at an early date, and will be co-chaired by Opposition Spokesman on Education, Reverend Ronald Thwaites.