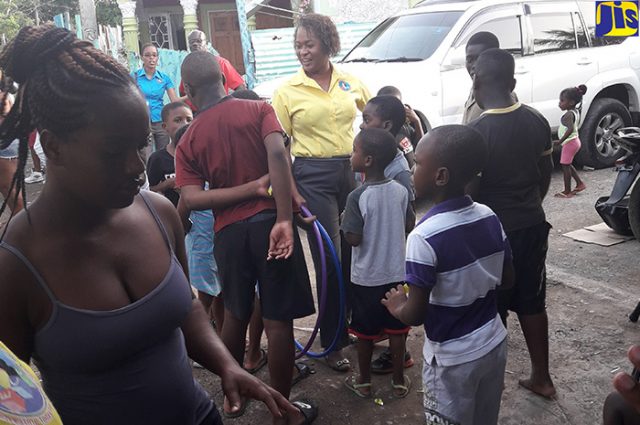 JIS: The Early Childhood Commission (ECC) is reporting success with its ‘Read Pon Di Cawna’ and Read Across the Region initiatives. Hundreds of children, their parents and early-childhood stakeholders have participated in both projects since the series began in September 2017.

Read Pon Di Cawna has, so far, been held in St. Catherine, St. Mary and Clarendon, while Read Across the Region was held in Regions Six, Two and Five. According to Miss Miller, the Commission believes that reading plays a key role in lifelong learning. The intention, therefore, is to instil a love for reading at the early-childhood level.

“The ECC has been going on the corners and in our schools to engage these children in reading and to encourage them to read,” she said.

The series will continue in 2018, with a joint Read Pon Di Cawna and Read Across the Region scheduled for Thursday, January 25. This will be held on Ocean Boulevard, across from the Urban Development Corporation (UDC) building in downtown Kingston, between 9:00 a.m. and 4:00 p.m.

Miss Miller said more than 300 children are expected to attend, adding that Minister of Education, Youth and Information, Senator the Hon. Ruel Reid, along with several prominent Jamaicans from the media faternity, the private sector and the entertainment industry, will be on hand to read and interact with the children.