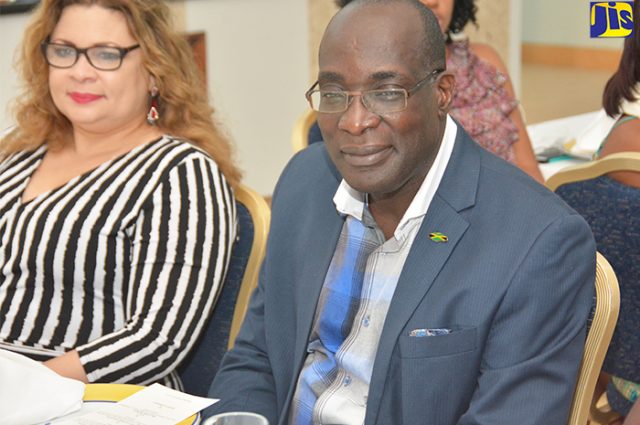 JIS: Minister of Education, Youth and Information, Senator the Hon. Ruel Reid, says the $5 billion increase in budgetary support to the education sector is a true reflection of the Government’s unwavering commitment to improving the system.

Addressing the closing ceremony of the Early Childhood Commission’s (ECC) four-day retreat at the Iberorstar Hotel, St. James, on February 9, Senator Reid said the Government is fully cognisant that “nothing of significance can happen by way of growth without first taking education into consideration”.

“I have been fortunate to have been supported by the Government in terms of making additional accommodation for the funding of the education system. In fact, if you look at the budget, we have gotten one of the largest increases of any Ministry,” he noted.

The Minister said the onus is now on the nation’s teachers to perform, ensuring value for money and for students to make that seamless transition from early childhood to tertiary learning.

“What we have now is the capacity for every student to go beyond grade 11. There has now been a change of philosophy which I believe is for the better. In this modern-day industrial revolution, I don’t agree with the notion that high school should be terminated at grade 11. You need more time in school…you need higher education and training. In fact, we need more of the population to have tertiary certification,” he said.

The Minister said since assuming his portfolio responsibility, he has always sought to have meaningful dialogue with stakeholders before making policy decisions.

“As a former Jamaica Teachers’ Association (JTA) President, I know the importance of having dialogue, of engaging the stakeholders,” he said.

The Ministry of Education, Youth & Information through its Tertiary Unit, is now accepting applications for its Tertiary Student Assistance Programme.  Under this programme, a number of scholarships and grants are available to tertiary level students accepted in universities and...
read more