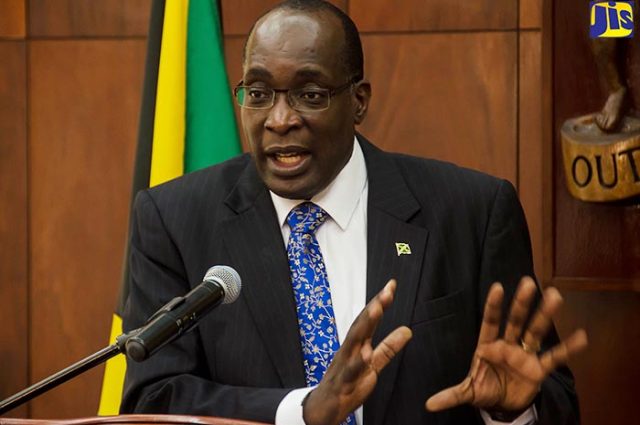 JIS: Education, Youth and Information Minister, Senator the Hon. Ruel Reid, remains confident that the Ministry will meet the August 2017 timeline for the certification and registration of 100 early childhood institutions (ECIs).

He says 34 of these are already registered, having fulfilled the Early Childhood Commission’s (ECC) 12 stipulated certification Standards, adding that a number of the others are “not far away” in this regard.

The Minister was speaking at last week’s post-Cabinet media briefing at Jamaica House.

Noting that there are 2,734 ECIs islandwide, Senator Reid told journalists that while there have been compliance challenges, several of them are operating close to the level that will see them being registered and certified.

He said among the issues identified in their operations are shortfalls in proper governance/management arrangements incorporating the appointment of a Board; effective financial management systems; and the requisite infrastructure and environment conducive to the children’s learning.

“Sixty-four per cent of all the early childhood institutions are what we call basic schools and are privately owned. They are under-resourced, and that is why the Government is moving to rationalise the sector. We want to take over 64 per cent of the capacity of the early childhood sector and make sure (they) operate at the required standard,” the Minister indicated.

Senator Reid said he has also impressed upon the ECC the need to ensure that buildings designated for ECIs fulfil the requisite approval stipulations before operations can commence.

He pointed out that the Ministry is currently endeavouring to regulate and bring existing institutions to the stipulated standards, “but going forward, we have to make sure that those standards are (established) in the first instance.”