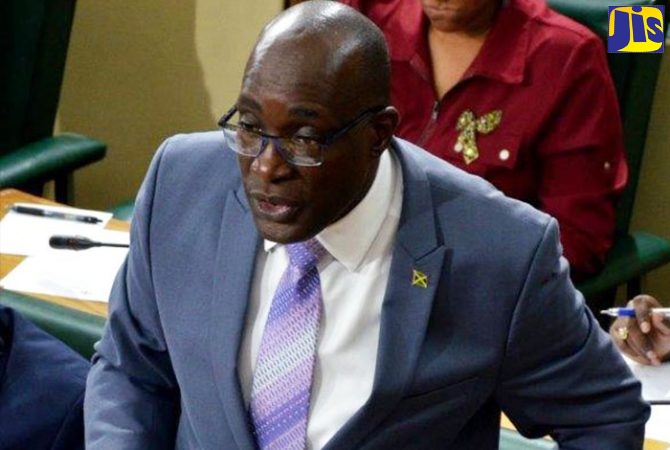 JIS: Minister of Education, Youth and Information, Senator the Hon. Ruel Reid, says the Brain Builders Programme, which is designed to ensure that the nation’s children get the best start, has so far “yielded brilliant results.”

Making his contribution to the State of the Nation Debate in the Senate on February 1, Senator Reid disclosed that since the start of 2018, a total of 32 brain builder centres have been established.

The Brain Builders Programme aims to reduce cognitive learning challenges among infants in the country. It is a framework for action in the first 1,000 days of a child’s life, which starts from conception in the womb to age two years.

Under this initiative, the Early Childhood Commission (ECC) will be responsible for establishing 126 Brain Builder centres across the island, with two in each constituency.

Senator Reid said the Ministry will provide trained early childhood teachers; upgrade facilities as needed; provide furniture and equipment, resource materials and any other support required. “Furthermore, children will attend these centres at no cost,” he added.

He further noted that the Ministry has also granted approval for those institutions that are part of the Brain Builders Programme to enrol children at age three months.

“We are asking that our Members of Parliament review and submit to us the schools they would like to see become Brain Builder Centres in their constituencies as soon as possible. We have therefore given permission for Infant schools to be able to enrol children as early as age three years, instead of waiting for them to be three years and eight months,” he said.

Senator Reid explained that the early childhood sector is being reformed into one that is focused on achieving optimal development for all children from birth to eight years.

“The Government recognises that socialisation starts at the home, and any form of intervention is best directed from the very start,” he said.

Senator Reid informed that that a record number of 140 early childhood institutions have been registered and certified, and the ECC has been carrying out inspections of these institutions.

The ECC has also engaged in numerous partnerships with stakeholders from the public and private sectors to meet other initiatives, such as ‘ECC Pon Di Cawna’, ‘Read Across the Region’, a ‘Curfew Initiative’ and the establishment of libraries in schools.

CAPTION: Minister of Education, Youth and Information, Senator the Hon. Ruel Reid, says the Brain Builders Programme, which is designed to ensure that the nation’s children get the best start, has so far “yielded brilliant results.”