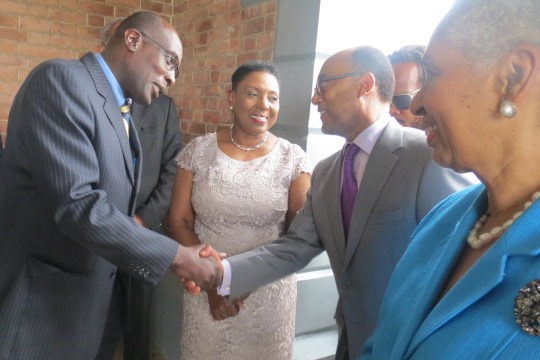 Senator the Hon. Ruel Reid (left), Minister of Education, Youth and Information, greets His Imperial Highness, Prince Ermia Sahle – Selassie upon his arrival at the Mico University College in St Andres. Ms Olivia “Babsy” Grange, Minister of Culture, Gender Affairs, Entertainment and Sports (centre) was a member of the greeting party. The Prince paid a courtesy call on the institution which had hosted his grandfather, Emperor Haile Selassie during his vist to Jamaica 50 years ago April 21, 1966.

The Ministry of Education’s Research and Information Centre, a Special Library, is opened to staff, students and members of the public. It houses a collection of mainly educational resource materials such as texts, periodicals, theses and newspaper clippings.  It is...
read more