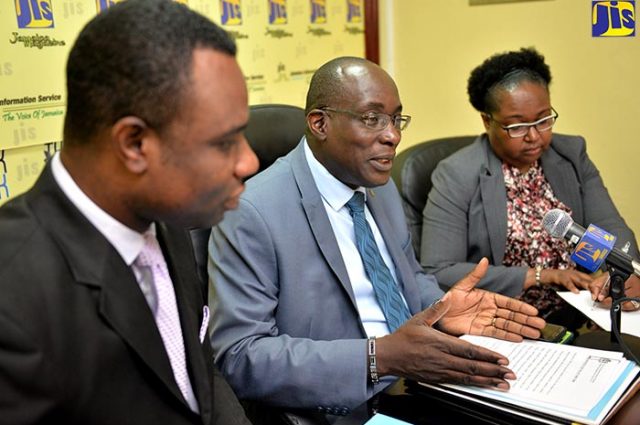 JIS: Minister of Education, Youth and Information, Senator the Hon. Ruel Reid, continues to reiterate the Government’s non-obligatory policy towards the payment of parents’ contribution at the secondary level.

However, he is encouraging parents to contribute to their children’s school, once an agreement has been reached and approved by the Board of Governors.

“We believe in funding education up to the secondary level, and we believe that parents’ contribution is still necessary to build effective schools; however, where a parent cannot pay, the children should not be left behind,” Senator Reid emphasised.

The Government, therefore, spends between $177,000 and $190,000 per capita annually at the secondary level, the Minister noted.

Senator Reid pointed out that the Ministry is also honouring its commitment to increase funding to primary, all-age and junior high schools for the academic year 2017/2018 with a budget of $1 billion, excluding salaries.

The Minister pointed out that as at April 2017, primary, secondary, junior high and all-age schools were paid directly from the Central Ministry and not from the Regional Offices, as was done in previous years, to allow for greater efficiency in terms of schools receiving their resources.

He said the improved students’ performance, particularly in Mathematics, points to the initial success of several teaching and learning initiatives introduced by the Ministry of Education, Youth and Information.

“During this 2017/18 new academic year, together we must focus on sustaining this positive momentum in student achievement,” the Minister said.

CAPTION: Minister of Education, Youth and Information, Senator the Hon. Ruel Reid (centre), addresses a JIS ‘Think Tank’ yesterday (August 28). The Minister and a team from the Ministry provided an update on the Ministry’s readiness for the new school year. Others (from left) are Permanent Secretary in the Ministry, Dean-Roy Bernard; and Chief Education Officer, Dr. Grace McLean.