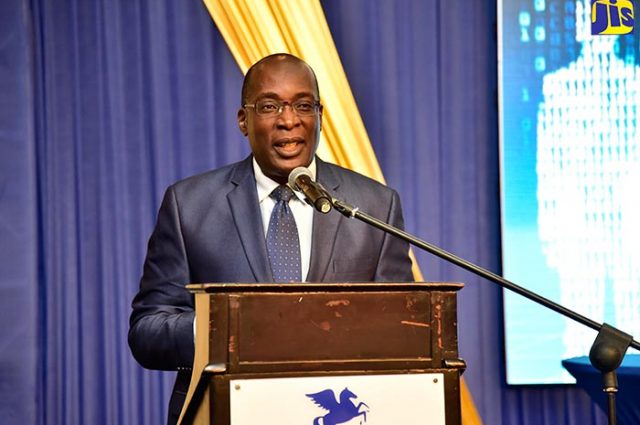 OBSERVER: JAMAICAN teachers of foreign languages are being encouraged to upgrade their skills in order to enhance students’ learning capabilities.

The charge comes from Minister of Education, Youth and Information, Ruel Reid, who was speaking at the 10th Foreign Languages Conference at the Jamaica Conference Centre in downtown Kingston on Friday.

“Take advantage of scholarships for upgrading your skills and for those who have not yet done so, pursue international certification in the foreign language,” he urged.

Senator Reid emphasised that in today’s globalised economy, foreign languages are relevant to all career fields and spheres. Therefore, if teachers are to help students to meet the requirements of the new world realities, “you too should be preparing yourselves to help our students fulfil their potential to embrace these opportunities.”

“Our teachers must themselves adapt to new attitudes within the context of the digital era, current trends in foreign language education that reflect learner centredness (which entails) inclusivity, knowledge creation, internationalisation and exchanges, and the Vision 2030 mantra of foreign language competence for all Jamaicans,” he added.

The Minister praised teachers who have done professional development in their specialist language over the past year through the Centre International d’Etudes Pédagogiques (International Centre for Educational Studies).

In the meantime, Senator Reid said the Education Ministry remains committed to the promotion of foreign languages, with particular emphasis on the training of teachers to deliver Spanish at the primary level, and overall foreign language teachers’ professional development.

“We also support the efforts to improve students’ performance in foreign languages, especially in oral competence. We ask that you work with us in implementing the new foreign languages curricula that have been developed under the Common European Framework of Reference for Languages. This is a platform based on linguistic performance and competence outputs and fully endorsed by the United Nations,” he said.

The Minister thanked members of the Jamaica Association of French Teachers (JAFT), the Alliance Française, the National Association of Spanish Teachers (ANPE) and the Spanish-Jamaican Foundation for “continued promotion of foreign languages in Jamaica, as you collaborate with embassies here in coordinating programmes for our students.”

The conference, staged by JAFT and ANPE, in association with the Education Ministry, was held under the theme: ‘The 21st Century Foreign Languages Landscape: More POWER to the Learner’.

CAPTION: REID … wants to set up a high level meeting