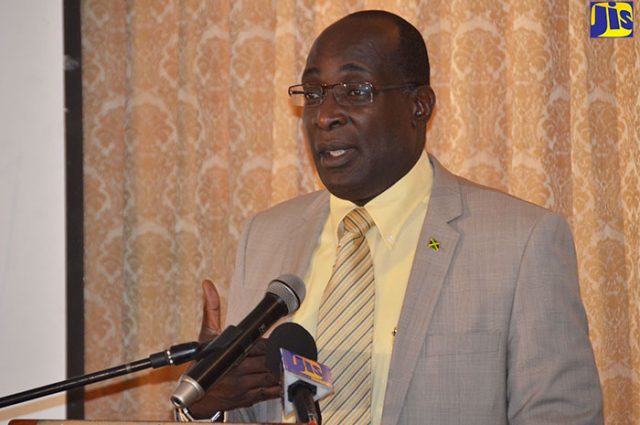 JIS: Minister of Education, Youth and Information, Senator the Hon. Ruel Reid, is saluting the thousands of Jamaican parents who, he said, are making “Herculean sacrifices” every day for the welfare of their children.

He said the nation’s parents rank among the best in going the extra mile in order to ensure that their children can have the opportunities they might have missed, “because of the ups and downs of life”.

Senator Reid, who was speaking at the National Parenting Support Commission’s (NPSC’s) parents’ graduation ceremony in Montego Bay recently, said that “contrary to what some people think, there are thousands of dedicated, selfless, loving, God-fearing, hard-working and trustworthy parents in Jamaica”.

“Sometimes we are so focused, so fixated on the bad parents that we lose sight of the reality that there are thousands of good parents, who are doing a great job,” he pointed out.

Senator Reid noted that one of the duties of parents is to ensure that their children are better off economically, educationally and socially.

“Too often, we forget about that father out there in the breadbasket parish of St. Elizabeth, who gets up at five in the morning and walks a quarter mile to cut grass for his livestock. He does this because he has a son in sixth form at St. Elizabeth Technical High School who wants to become an electrical engineer,” he said.

The Minister also hailed the role of the grandparents, who “give of their last morsel of strength to ensure that children who are left in their care, are given the best opportunity to achieve”.

“There are hundreds of these heroes throughout the length and breadth of Jamaica,” he noted.

He said recognition must be given to the foster-parents, “whose contributions sometimes get lost in the shadows.”

“I want to reiterate that foster-parents are an important part of the family wheel. They help to move this country forward. We need more foster-parents,” he said.