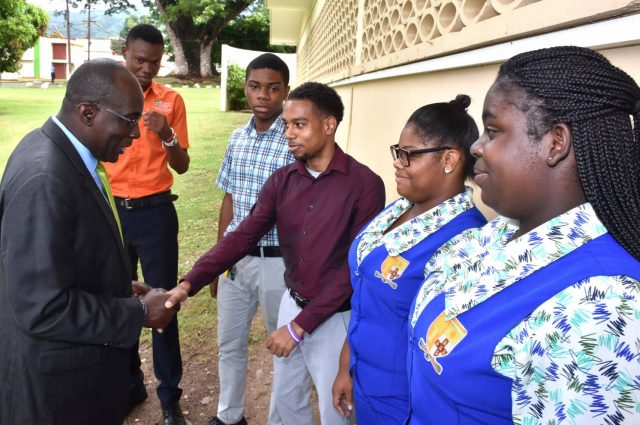 Citing the apprehension by some individuals about Jamaica engaging in trade with non-English-speaking countries, Senator Reid said significant expansion in the global space within which nations now operate has resulted in more persons broadening their skills to include the ability to communicate in different languages.

He was speaking at the Ministry’s ninth Foreign Languages Annual General Meeting, which was held at Shortwood Teachers’ College on October 27 under the theme ‘Unearthing the Kit for the 21st Century Foreign Language Learner’.

The Minister argued that based on the increased number of languages at which persons across the world are becoming adept, “the more we can empower Jamaicans… to be able to speak other languages (is the more) I think trade will become easier for Jamaica”.

Senator Reid said the Government, in recognition of the importance of foreign-language skills in the global economy and their relevance to virtually all career fields, has been taking steps to ensure that youngsters are so exposed at an early age.

The Minister noted that student competence in a foreign language is part of the goals of the Vision 2030 Jamaica – National Development Plan.

Additionally, he said the new National Standards Curriculum highlights the importance of teacher competence in delivering student-centred education as among the new trends in foreign-language teaching.

“We are driving that from very early… trying to make it mandatory that students are exposed to foreign languages, with particular emphasis on training of teachers to deliver Spanish at the primary level as well as professional development of all foreign-language teachers,” the Minister said.

“As a Caribbean region, if we can effectively integrate and relate to our non-English-speaking neighbours (through) foreign-language skills, that certainly would be a great asset,” he added.