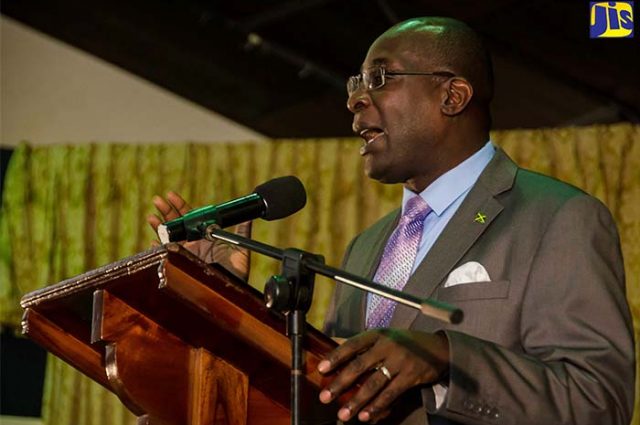 JIS: Minister of Education, Youth and Information, Senator the Hon. Ruel Reid, has requested new President of the University of Technology (UTech), Professor Stephen Vasciannie, to invite more students to enrol in the science disciplines.

Addressing the installation ceremony for the President on March 14, at the institution’s Papine Campus, in St. Andrew, the Minister said with less than five per cent of enrolled students pursuing engineering and information technology (IT), there is a need to increase the number, as industries require persons who are pursuing careers in those areas.

The Minister said the new President is “one of our best and brightest” who understands the mandate of the university.

Meanwhile, Senator Reid said he is committed to doing all he can to improve funding for the university and for the reclassification of positions.

For his part, the new President said the university needs to focus more on the publishing of academic work, and if researchers double their effort, they can be on par with other universities.

He told the large gathering that shared values must exist at the institution, where equality and fairness stand at the core of the university.

The Professor, who is a former Principal of the Norman Manley Law School, and also former Ambassador to the United States, is the fourth President of the university.

CAPTION: Minister of Education, Youth and Information, Senator the Hon. Ruel Reid, addresses the installation ceremony for new President of the University of Technology (UTech), Professor Stephen Vasciannie, at the institution’s Papine Campus, in St. Andrew, on March 14.