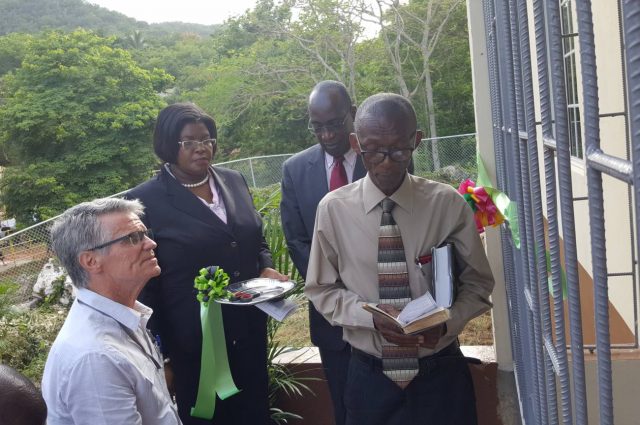 JIS: Education, Youth and Information Minister, Senator the Hon. Ruel Reid, says the Ministry is taking additional steps to assist the parents of infants who are autistic, in their preparations for the youngsters’ entry into the school system.

Among the measures, he said, are sensitization engagements to be administered by the Early Childhood Commission (ECC) in relation to the Ministry’s special education programme for children with autism.

It is anticipated that this intervention will greatly assist the parents while dispelling fear which the Minister said some of them had about the programme.

“We are going to be laying the foundation for children to do much better and (hopefully) there will be less fear of special education. We have developed a Child Development Passport through which, from birth, we can track the development of every child,” Senator Reid said.

He assured parents that where their children’s learning progress was deemed delayed, the Ministry would effect the appropriate interventions to address this.

The Minister was speaking at the opening of a special education unit and resource centre at Harmons Primary and Infant School in Manchester on June 1.

The facility’s development was funded by bauxite company, Jamalco, at a cost of over US$20,000.

Senator Reid said the first 1,000 days of children’s lives were the most critical period of their growth, noting that 80 per cent of their brain development occurred at this stage.

He argued that consequent on this, parents had a pivotal role to play in aiding their children’s advancement at this stage, thereby ensuring their readiness for entry into the school system.

Meanwhile, Senator Reid lauded entities and stakeholders, like Jamalco, for undertaking engagements which serve to enrich the teaching/learning experience for students and teachers.

He also praised Harmons Primary School’s Principal, Georgia Waugh-Richards, for exhibiting initiative and the visionary leadership that resulted in the centre’s development.

Jamalco’s Director of Lands and Mines, Timothy O’Driscoll, said the entity welcomed the opportunity to undertake the project at Harmons Primary, which entailed extensive refurbishing of an unused building at the school, while indicating that additional work was slated to be carried out.

“The area around the building will be totally landscaped to make it more easily accessible for children with special needs,” he informed.

Mr. O’Driscoll pointed out that Jamalco invests $10 million annually in education-related projects such as scholarships, training for at-risk youth and infrastructure development projects.

“As we continue to assist, we urge all parents, particularly those of children with special needs, to be fully involved in the development of their children. This is important. Do not deny them access to quality education by locking them away. Each child, regardless of their special education needs, deserves quality education,” he underscored.

Mrs. Waugh-Richards, who gave an overview of the centre from conception to completion, expressed gratitude for the support enabling its development.

CAPTION: Education, Youth and Information Minister (2nd right), along with (from left): Director of Lands and Mines at Jamalco, Timothy O’Driscoll; and Principal of Harmons Primary and Infant School in Manchester, Georgia Waugh-Richards, listen as Pastor for the Porus Circuit of Baptist Churches, Rev. Zereal Williams, dedicates the Special Education Unit and Resource Centre at the institution on June 1.

Over the years, the Ministry of Education, Youth & Information has engaged a number of private sector organizations in partnership agreements that assist us in carrying out our mandate of providing quality education in an innovative, inclusive and enabling environment....
read more