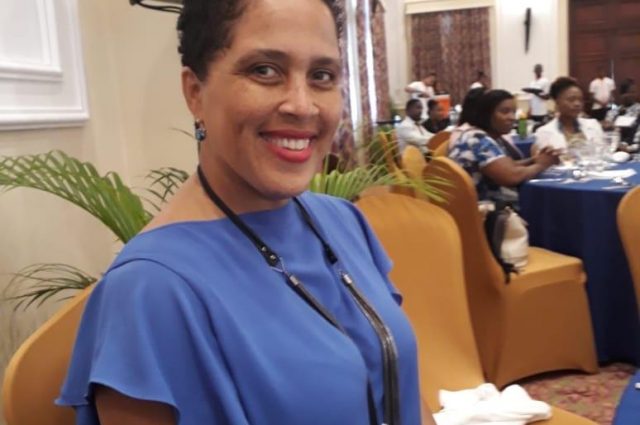 JIS: Schools located in the Denham Town Zone of Special Operations (ZOSO) will benefit from the implementation of a School-Wide Positive Behaviour Intervention and Support (SWPBIS) framework, when the 2018/19 academic year starts in September.

The SWPBIS, spearheaded by the Ministry of Education, Youth and Information, is a proactive, team-based initiative tailored to create and sustain safe and effective schools, by fostering a disciplined and structured environment to deal with challenges such as student violence.

It will, among other things, target issues such truancy, and behaviour modification among youth and adolescents.

The framework will place emphasis on preventing/solving behavioural challenges through a data-driven approach; and developing pro-social skills.

The Jamaica Social Investment Fund (JSIF) and Jamaica Constabulary Force (JCF) are partnering with the Ministry on the initiative.

Senior Education Officer in the Ministry’s Guidance Counselling Unit, Allison Cooke-Hawthorne, tells JIS News that the SWPBIS’ implementation will be underpinned by the formation of support teams in each institution where the programme is being undertaken.

She explains that teams comprise administrators and support personnel such as deans of discipline, guidance counsellors and parents.

Mrs. Cooke-Hawthorne says they are tasked to review the data for their institutions to determine the imperatives to be imparted to the students.

“They will develop three to five core values… and most of these (focus on) respect, excellence, values that you want to see and what you think the school represents,” she adds.

The Senior Education Officer points out that the SWPBIS utilises a tiered approach in addressing challenges with student behaviour.

She explains that once stakeholder consensus is reached on what the core values are, all parties should, thereafter, be in discussions for further enlightenment on these targets.

Mrs. Cooke-Hawthorne points out that if someone does not respond to what is outlined in the core values, the engagement will segue into tier two intervention.

“[Here] we will probably have to pull them aside and teach them [what the desired behaviour looks like]. You try [in this case] to check on the barriers [to determine] why they are not practicing the positive behaviour,” she outlines.

The Senior Education Officers further states that tier three level is resorted to if no positive response is forthcoming after the initial two interventions.

[Here,] perhaps, we [have to] go deep down into some more assessments… finding out what is happening at home. So we might have to get the social services involved,” she adds.

The success of the SWPBIS’ implementation is dependent on staff and stakeholder “buy-in” and an assumed paradigm shift for educators.

Mrs Cooke-Hawthorne notes that the SWPBIS is a key strategy for abolishing corporal punishment in schools.

She points out that whereas traditional methods of discipline focus on the student’s problem behaviour and applies punishment with a goal of stemming the issue, positive behaviour intervention support applied under SWPBIS, replaces undesired conduct with new behaviours or skills.

Meanwhile, Mrs Cooke-Hawthorne says the framework being implemented will not be duplicated in every institution, but rather individually tailored to “what exists at your school and creating [a] safe environment.”

“So for [example] if you have a playground area where you know it’s dangerous, but children love to climb on top of something and jump, you now have to look at that area and say what is the message we want to send to these children, instead of saying [to them] ‘don’t go over there’… because once you say that [they want to know] ‘why can’t I go over there?’,” she adds.

The Senior Education Officer emphasizes that the SWPBIS is about giving positive re-enforcement and rewarding students when they display the positive skills they have been taught.

Meanwhile, teachers and parents and other relevant stakeholders at the participating schools will receive training under the SWPBIS framework.

“We are quite ready for September. We have a plan we are now engaging our principals to get dates for the training. We have our training package… [so] we are ready,” Mrs. Cooke-Hawthorne assures.

Ultimately it is anticipated that the SWPBIS programme will create a culture in each school that fosters morally upright behaviour and academic excellence for all students, while engendering a harmonious environment of respect among all members of the school community, including students and teachers.