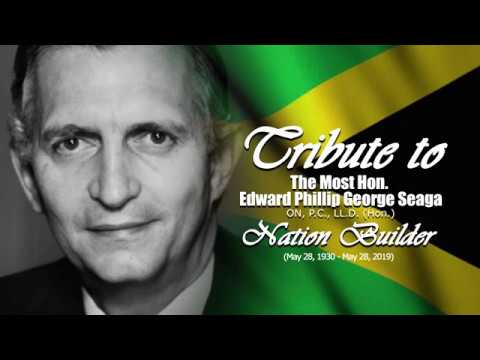 The Ministry of Education, Youth and Information has expressed sadness at the passing of former prime minister of Jamaica the Most Honourable Edward Phillip George Seaga.

Mr. Seaga’s passing symbolizes the end of an era for the nation as he was crucial in establishing the country’s cultural identity in post-independence Jamaica.  Mr. Seaga was the consummate nation builder, who sought to create social, financial and infrastructure policies that would impact and improve the lives of the people of this country.  He had a vested interested in education and was instrumental in developing alternative pathways to education and skills training.

There is no doubt that despite Mr. Seaga’s many accolades in music, governance, culture, finance and politics, one of his most significant and enduring national creations is the HEART Trust/NTA, which he conceptualized in 1982. This body has cultivated an underdeveloped and underserved sector of the country that is now recognized as a marker for success in the achievement of certain skills, talents and vocational learning.

HEART was the answer to Mr. Seaga’s passionate mission to find a way to reduce unemployment, particularly among the youth, and to provide a lasting solution to a lack of training and development, especially for those who had fallen outside of the formal system.He lived a life that was dedicated to service and love for his country, through a pathway of modernizing Jamaica’s young democracy.

Mr. Seaga was last week honoured by the Early Childhood Commission for his contribution to early-childhood development. His legacy is one that has and will continue to shape the greatness of the nation and history will now reflect the scope and depth of his servitude. The Ministry extends its condolences to his immediate and extended family.

May his soul rest in peace