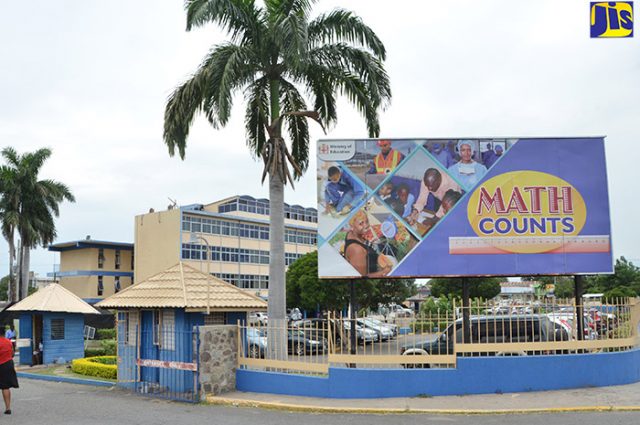 The Ministry of Education, Youth and Information says it has noted several “inaccurate and misleading” statements in the media regarding its interaction with schools administrations on its funding policy.

As such, the ministry today issued a statement outlining the “facts” as follows (in full):

1. Several consultations and private meetings were held with key stakeholders including church and trust groups since early last year to discuss a non-mandatory auxiliary fee policy. Coming out of these meetings there was an agreement on a partnership on the policy. In addition a number of bulletins and media statements were issued on this policy.

2. It was observed however that there were major breaches in the agreed limits in registration packages and funding policy in the last academic year. After reminders and discussions, the ministry noted a major decline in breaches this year but had to intervene in some schools that came to our attention based on letters sent to parents.

3. With regard to outstanding arrears for locum tenens (i.e. substitute teachers), the MOEYI has cleared much of the outstanding payments for the period 2012-2016.

4. The MOEYI has been making payments to schools very early and in scheduled tranches thereby creating positive cash flow across the system. The ministry continues to honour its commitments.

5. It is not true that the ministry is providing only $ 17,000 to $19,000 per student to cover operational expenses. We have increased the areas of support since last year to include PATH students, ICT, TVET, STEM, temporary staffing, part-time teachers, and maintenance etc.

This 8-Year-Old Looked Like A Miniature Bodybuilder. But 16 Years On, He’s Totally Changed

6. It should be noted that there was no noticeable increase in the amount of support to schools during the 2012 -2016 period, which forced schools to be creative to survive. The ministry has been providing over 100% increase in resources to primary and secondary schools from where they were in 2015-2016. For secondary schools the support for high schools moved from $2.6 billion to $5.3 billion in 2016-2017 and 2017-2018 now increased to $7.2 billion.

8. Over 50% of children in the system are on the PATH programme or are very poor in need of support. They are not able to pay high fees plus for costly books and other related school expenses. The Government through the Ministries of Labour and Social Security and Education, Youth and Information has taken practical steps to care for the poor and is working to reduce their burden. Twenty per cent (20%) of children do not attend school regularly due to economic and related issues.

The Ministry’s policy is to provide free public tuition from early childhood to age 18. This is part of the agenda to train our youths for productive activities and build a better, peaceful, crime free, gang free, and prosperous country.

9. The MOEYI continues to improve infrastructure in schools and has budgeted $577 million at the primary level and $500 million at the high school level for this year. In addition, funds have been allocated for canteen upgrading and ICT in education programmes integrated with STEM.

10. The MOEYI continues to have a positive relationship with the Jamaica Teachers Association (JTA) and other stakeholders with frequent meetings and dialogue. These meetings will continue as part of the partnership for education.