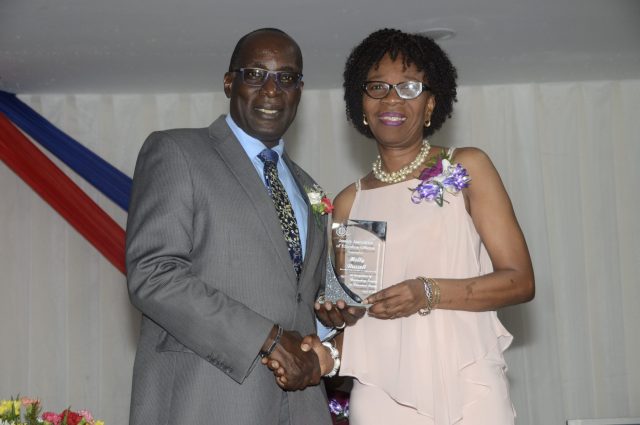 JIS: Education, Youth and Information Minister, Senator the Hon. Ruel Reid, says the Ministry will be conducting a survey to ascertain schools’ readiness for the Primary Exit Profile’s (PEP) implementation in the 2018/19 academic year, which begins in September.

He says while he is confident that it is “all systems go” for some Regions, schools and teachers that are not ready to implement the new curriculum need to be identified so that the necessary resources and support can be deployed to get them prepared.

The Minister was delivering the keynote address at the Jamaica Association of Education Officers’ Presidential Inauguration and Awards Ceremony at Royalton White Sands Resort in Trelawny on Thursday (August 23).

Senator Reid reassured Principals and teachers voicing concerns regarding details about PEP that the Ministry will provide the necessary support to assist them to better understand the examination.

Meanwhile, the Minister praised education officers for their sterling contribution to the sector.

In highlighting retired education officers who were recognised by the association for outstanding service, he said they have played a critical role in the sector’s transformation and expressed gratitude to them on behalf of the Government.

“I want to… thank you for your yeoman service. The business of education is a labour of love. We don’t do it for the ‘likes’… we do it for the love,” the Minister stated.

Senator Reid said he believed that the Education Ministry is, arguably, among the top-performing Portfolios of Government, by virtue of its performance, which he attributed to the education officers’ extraordinary support.

Eleven retired education officers received awards for their exceptional contribution to various areas of the education system, including curriculum development.

CAPTION: Education, Youth and Information Minister, Senator the Hon. Ruel Reid (left), presents an award to retired member of the Jamaica Association of Education Officers, Molly Russell, for her contribution to the education sector. The presentation was made during the Association’s Presidential Inauguration and Awards Ceremony at Royalton White Sands Resort in Trelawny on Thursday (August 23).

The Department of School Services provides educational support to all educational institutions in order to ensure the proper management and administration of Jamaica’s education system. The Department is headed by the Chief Education Officer and supported by two Deputy Chief...
read more