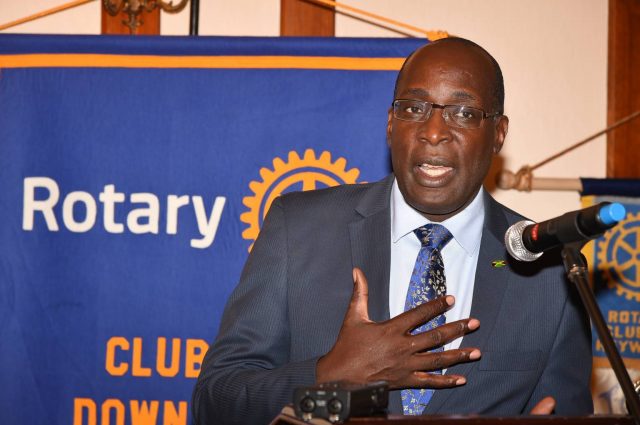 JIS: Minister of Education, Youth and Information, Senator the Hon. Ruel Reid, says the Ministry will, as of 2018, be able to place all students who sit the Grade Six Achievement Test (GSAT) in a high school.

Addressing the Rotary Club of Downtown Kingston meeting at the Hotel Four Seasons, Ruthven Road in Kingston, yesterday (September 27), Senator Reid reported that 99 per cent of the students who sat the GSAT this year have been placed in high schools, which is two percentage points higher than the 2016 figure.

“We have added four more full high schools this year, but we have 762 primary institutions. So, you have far more primary schools… (and) the demand is now at the secondary level,” he noted.

Meanwhile, the Education Minister pointed out that the Government is doing all that it can to provide free education to children, as there should be no barriers to learning.

“We are providing five days of lunches (under the Programme of Advancement through Health and Education – PATH), when they come to school. So, they don’t have to worry about meals,” Senator Reid said.

“We need to have them in school, and we need to empower them through education. They must attend school regularly, and they must be supported as we transform them with free education policies, so they can become useful and productive citizens,” the Minister said.

CUSTOMER SERVICE CENTRE The Ministry of Education invites you to contact our offices if you need information on our products and services. You may contact our Information Management Unit if you need to access documents that are not on the...
read more