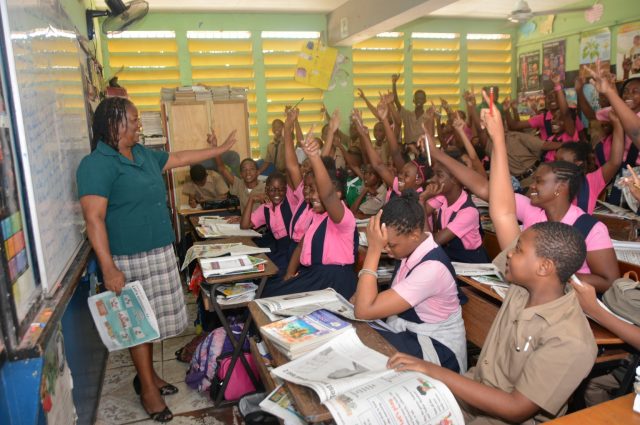 JIS: With the Grade Six Achievement Test (GSAT) slated to go ahead as planned for March 22 and 23, Education Officer in the Ministry of Education, Youth and Information, Patricia Haughton, says preparations have been going extremely well.

Speaking to JIS News on Thursday (March 15), Ms. Haughton, who was specifically asked about the western region, added that the Ministry is truly impressed with the weekend camps and extra hour of lessons that have been made available for students, noting that “a lot of effort went into these preparations”.

“We have selected and trained our invigilators, so that too has been going smoothly. We do expect a full sitting of the GSAT by our students, and we are not anticipating any problems,” she said.

GSAT, to be replaced by the Primary Exit Profile (PEP) in 2019, is Jamaica’s national high-school entrance examination. It is usually taken in March, with the results released in June. GSAT replaced the Common Entrance Examination in 1999.

The national mean score per subject from 2017 shows mathematics, 62.4 per cent; science, 64.7 per cent; social studies, 70.6 per cent; language arts, 72.8 per cent; and communication task, 76.2 per cent. With the exception of science, which had a slight decline, there were improvements in every other area over the previous year.

Ms. Haughton further noted that the Ministry has also done its part in implementing programmes such as mock exams, deploying math coaches and literacy specialists, practice papers and other programmes and workshops to assist students with their preparation.

She added that she expects parents to also be conducting extra lessons with the students at home, so as to put on the finishing touches.

“Special workshops have also been implemented as part of our assistance programme,” Ms. Haughton further pointed out.

For her part, Principal of the John Rollins Success Primary in St. James, Yvonne Miller-Wisdom, said “it’s all systems go” at her school, adding that “we could not be more ready”.

“We have a very good feeling about this, as we have not left anything up to chance. Our preparations have been excellent, and the children have certainly put in the work,” she said.

Eleven-year-old John Rollins head boy, Okere Bremmer, who listed Herbert Morrison Technical in St. James and Munro College in St. Elizabeth as his top-two high school preferences, said he finds the mock exams and the practice papers useful, adding that “we now have a better idea what to expect”.

“Our teachers here at John Rollins Success Primary have done everything to get us ready,” he added.

Eleven-year-old Elizabeth Minors, who also attends John Rollins, said that while there will be the expected butterflies and a little nervousness, all that should disappear “once we sit down to take the exams”.

“I have been studying very hard, and I am very confident,” she added, noting that her top-two high school preferences are Montego Bay High School and Mt. Alvernia, both in St. James.