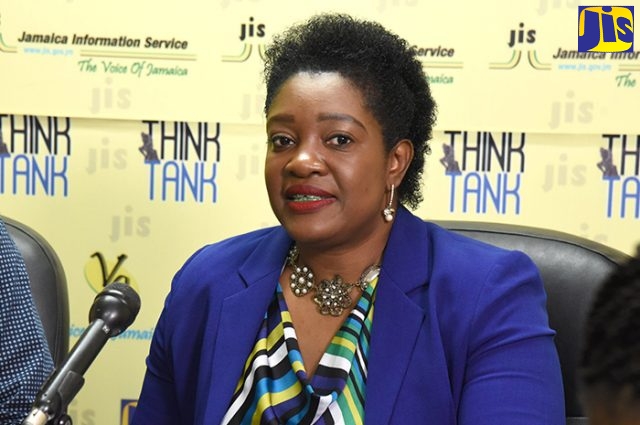 This is the continuation of a three-year campaign that was launched in 2017 as a call to action for parents to strive to be positive role models in their children’s lives. Chief Executive Officer (CEO) of the NPSC, Kaysia Kerr, told JIS News that during the month, emphasis will be placed on three pillars – planned parenthood, substance abuse and corporal punishment.

She explained that each pillar will be supported by a slogan that will guide national discourse during the month. Under planned parenthood, it will be ‘prepare, partner plan’; for substance abuse – ‘explain, encourage, support’; and for corporal punishment, the slogan will be ‘strike a conversation: not your child’.

According to Miss Kerr, the NPSC is concerned about the number of parents who are showing low coping skills and are consciously opting out, not wanting to continue the duties associated with parenting.

The month of activities will start with a media launch on Thursday, November 1, at The Jamaica Pegasus hotel in Kingston. This will be followed by a series of presentations targeting select schools in Regions One, Two and Six. These will be held on November 5, 6 and 12, respectively.

On November 7, 14 and 20, the NPSC will host several parenting workshops in Regions 3, 4 and 5, in collaboration with the National Parent-Teacher Association of Jamaica (NPTAJ).

Parent villages will also be set up in St. Ann on November 10; St. James, November 17; and St. Elizabeth and Manchester on November 24. At these villages, parents will have the opportunity to access information on positive parenting from agencies such as the Child Protection and Family Services Agency (CPFSA), Early Childhood Commission (ECC), Office of the Children’s Advocate, National Children’s Registry, National Council on Drug Abuse (NCDA) and the NPTAJ. The month’s activities will culminate with a Parent Awards Banquet on November 30. This will be hosted in partnership the Jamaica Spanish Foundation.