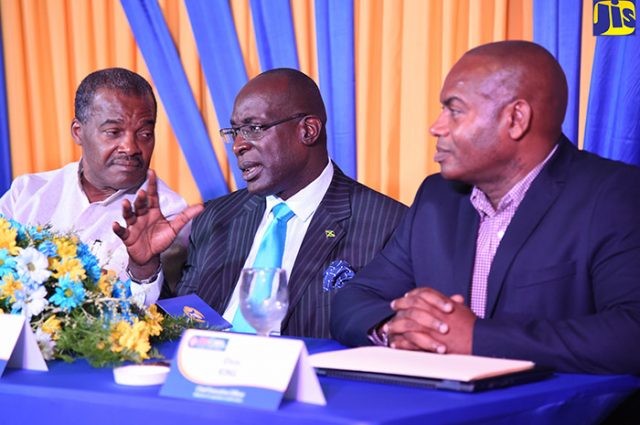 JIS: Education, Youth and Information Minister, Senator the Hon. Ruel Reid, has endorsed a suggestion made by the Caribbean Examinations Council (CXC) for employers to diversify their job requirements by requesting qualifications outside of the Caribbean Secondary Education Certificate (CSEC).

Recently, the Registrar of the regional examination body, Glenroy Cumberbatch, made the call for requirements diversification for employment, against the background that thousands of students have been failing CSEC.

The CSEC has become a favourite entry-level qualification for local employers, but Minister Reid indicates that there is a “raft of alternative qualifications outside of CSEC,” citing the National Vocational Qualifications of Jamaica (NVQJ) and City and Guilds.

“CSEC general proficiency is used as a tool to qualify students for higher education, not for hiring. Employers are now themselves saying that CSEC is inadequate, because if for example, I need a plumber, five CSECs, including Math and English won’t help me to become a plumber…I need certification,” he said.

The Minister was speaking to JIS News at the 2018 EduCom Co-op Credit Union Scholarship Awards ceremony, held at The Knutsford Court Hotel, in New Kingston, on August 15.

Mr. Reid informed that discussions are being held with the Private Sector Organisation of Jamaica (PSOJ), which, he noted, is also in agreement for diversifying requirements for employment.

“We need to change that narrative. Parents prefer the traditional areas, so everyone thinks they should have five CSECs. It is a status, but it doesn’t empower you to transition into the world of work either,” he said.

The Minister emphasised the Government’s K-13 strategy, where every child up to 18 years old will be properly stimulated and engaged, so that those particularly in grades 12 and 13 can be given career guidance to “select from the menu of opportunities that will better train them and certify them for the jobs out there.”

Meanwhile, Mr. Reid hailed EduCom for its investment in the education of youth, offering scholarships to 88 students valued at $2.15 million, which is an increase over the $1.3 million offered last year.

The Minister urged the students “to go forward with confidence.”

EduCom’s Chief Executive Officer (CEO), Elvis King, encouraged the awardees to look past “the limited resources that may be available to you, the barriers that challenge your abilities to succeed and continue to achieve your goals.”

“Beginning September, go out and make your parents, your families, teachers and EduCom proud, as you take on this new challenge of secondary education,” he told the recipients.