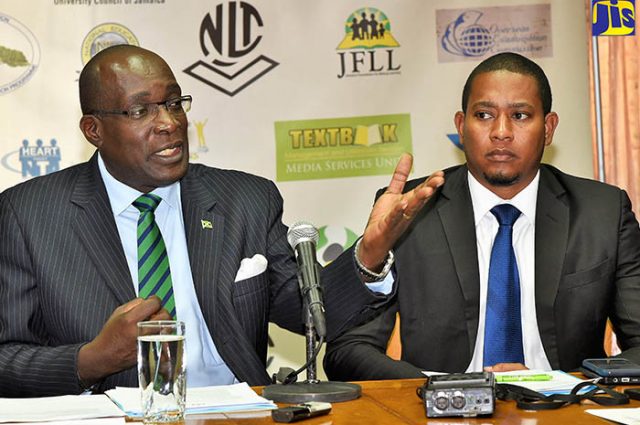 JIS: All students sitting the 2018 Grade Six Achievement Test (GSAT) will be placed in a full five-year secondary-level institution.

Minister of Education, Youth and Information, Senator the Hon. Ruel Reid, said that for the first time in the country’s history, there will be no need to place students who take GSAT in a junior high school’s grade-seven class.

He said that given the reduction in Jamaica’s birth rate in recent years, coupled with expanded capacity at the secondary level, more space has been created for students to be placed directly in a high school.

Statistics from the Ministry of Health show a 22 per cent reduction in the number of live births in Jamaica for the period January to March 2017, when compared to the same period in 2016.

“The total number of students who have been registered this year (to do GSAT) is 39,093. There is still a trend in a lower and lower number of students sitting the GSAT over the last couple of years, because the birth rate has been falling,” Mr. Reid said.

He was addressing a press conference on Tuesday (March 20) at the Ministry’s National Heroes Circle offices in Kingston.

Meanwhile, the Minister said there are four schools that remain on shift, and the Government is working to transform them over the medium-term.

The 2018 sitting of GSAT will be the last in Jamaica’s history. The Primary Exit Profile (PEP) will replace it as the national placement examination in the 2018/2019 academic year.