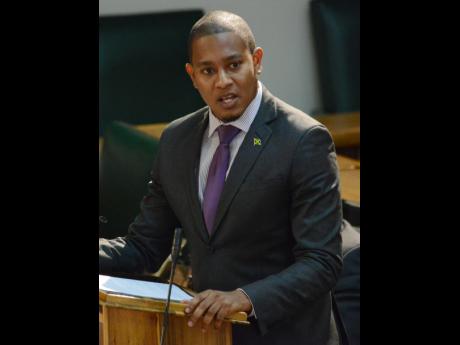 The Government’s Ananda Alert secretariat has partnered with international social-media company Facebook to share broadcasts of missing children on the pages of Jamaican users, state minister in the youth ministry, Floyd Green, announced on Wednesday during his contribution to the 2017-2018 Sectoral Debate in the House of Representatives.

“We are taking the Ananda Alert system to a new level,” he said, noting that a team from the United States-based Facebook organisation will visit Jamaica next month for the official launch of the partnership.

He also said a study of the alert system will be done, pointing out that a preliminary one (Child Disappearances in Jamaica: A Situational Analysis of the Ananda Alert System) was conducted last year.

“The study assessed the various factors accounting for child disappearances in Jamaica, identified service gaps in the Ananda Alert System and posited recommendations for improving effectiveness in the system,” said the St Elizabeth South Western member of parliament.

The scope of the study, Green said, is being widened, but noted that a key finding so far is that “maltreatment is one of the main reasons for which children voluntarily go missing”.

The Ananda Alert system is named after Ananda Dean, the 11-year-old Kingston schoolgirl who was kidnapped and later murdered in 2008 in a case that angered the nation.

It replaced the Red Alert and is the nationwide alert system designed to ensure speedy recovery of children.

CAPTION: Floyd Green, Minister of State in the Ministry of Education, Youth and Information