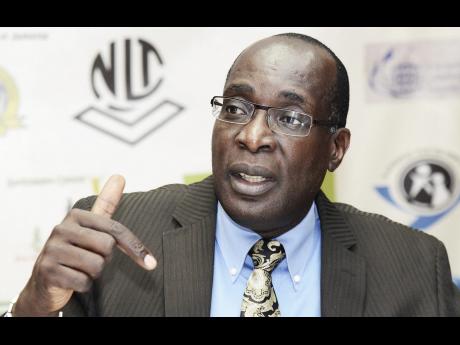 GLEANER: Education Minister Ruel Reid yesterday named the first four schools that will be fitted with walk-through and hand-held metal detectors as the Government responds to a rash of stabbing incidents at some of the island’s most troubled schools.

At the top of the list is the Edith Dalton-James High School in Kingston where 15-year-old Clive Matherson, a grade 10 student, was stabbed to death by a classmate last month. The incident allegedly stemmed from an altercation over a watch.

“The others are Brown’s Town High, Anchovy High, and Norman Manley High. These are for the walk-throughs (detectors),” said Reid, noting that 130 hand-held metal detectors would also be distributed to these and other schools plagued by stabbings.

All four schools reported incidents in which students had been stabbed, three fatally, in the last five years, and Reid said that the detectors would be part of a short-term strategy aimed at minimising the incidents.

The items were part of a US$3-million donation from the United States Agency for International Development (USAID).

“The long-term strategy is to socialise and to help build better resilience and self-control,” Reid said. “We have to try to transform our culture of aggression in our society by building self-regulation and self-control. We are continuing to put more resources in our schools to enable our stakeholders to better manage challenges.”

“We are the ministry that is responsible for solving that (crime) because it involves our children, parents, youths, and, of course, this is the group that eventually gives the problems,” said the minister, noting that the timely donation came as the Government was crafting a policy for dealing with school violence.

Yesterday, Maura Barry Boyle, acting deputy chief of mission at the US Embassy in Jamaica, welcomed the partnership between the United States and Jamaica.

“Obviously, these won’t solve the problem. They will go a far way in significantly reducing the number of weapons that make it into our schools and thereby reduce the incidents of violent behaviours on the school compound,” she said.

“Critics cite the psychological toll metal detectors can have on children, however, experts believe they go a far way in making the school community feel safer and more secure,” she said, noting that metal detectors have been credited with keeping firearms, knives, and other deadly instruments out of US schools.

Vice-president of the National Secondary Students’ Council Sarah-Lee Tucker lauded the initiative but warned school administrators to be cognisant of students’ rights during searches.

“Many of our peers have suffered and succumbed to injuries that were inflicted by colleagues. We find that many youth no longer see the need to employ basic conflict resolution strategies, and as such, the level of violence in our schools has drastically increased,” said Tucker.

“While this is aimed at preventing students from taking weapons on to school compounds, I encourage all school administrators to ensure that students’ rights are not infringed while searches are being done,” she said.