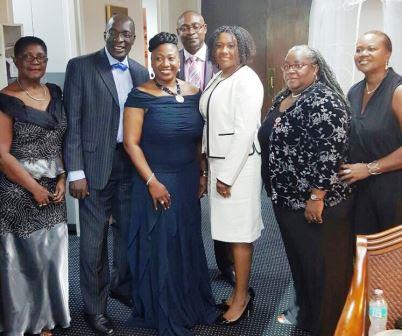 REPORTS OF CHILD abuse to the Office of the Children’s Registry (OCR) point an “accusing finger” at the home or family as the main perpetrator, according to Minister of Education, Youth and Information Ruel Reid.

Minister Reid cited statistics collected by OCR for the period 2007 to 2014, which showed the two largest categories of child abuse as “neglect” with 27,155 reported cases followed by 21,532 cases of children “in need of care and protection”. Sexual abuse is the third largest category with 16,790 reported cases. He noted that, in the case of sexual abuse, it is generally known that a significant number of incidents occur within families or households.

Minister Reid made these disclosures on Saturday (April 23) while addressing a gala in Florida to raise funds to protect children from abuse. The event was organised by the Nuh Go Deh Diaspora Task Force. The Education Minister argued that the abuse of children in homes often spills over into the school setting and present challenges to teachers and school administrators, as well as disrupt teaching and learning. He said as a result, the Ministry has been reaching out to parents through the work of the National Parenting Support Commission via a variety of initiatives.

The Commission’s flagship initiative is the Effective Parenting Intervention Programme, which seeks to develop and strengthen parental skills and self-confidence, coping and problem solving skills. This programme also aims to empower parents by connecting them to resources and support systems and build family capacity, as well as connect home, school and community.

Minister Reid invited members of the Jamaican Diaspora to lend their support to the critical work being carried out by the Parenting Commission. He anticipates that collaboration between this entity, the OCR and the Child Development Agency –now all in one ministry- will significantly improve the care, protection and education of children.

While visiting Florida Minister Reid was presented with the keys to the city of Miramar by Mayor Wayne Messam.

On Friday (April 22) Minister of Education, Youth and Information Ruel Reid received the keys to the city of Miramar from Mayor Wayne Messam.