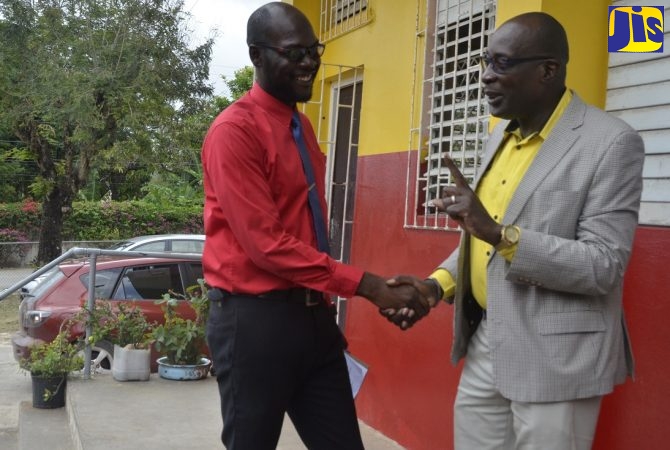 JIS: The Ministry of Education, Youth and Information is to carry out infrastructural upgrade of four St. Ann-based Primary and Infant schools.

Portfolio Minister, Senator the Hon. Ruel Reid, told JIS News that the upgrading work forms part of the Ministry’s national infrastructure development programme, adding that the Government remains committed to tackling the infrastructural needs of schools across the country.

“We indicated to them where we are in the process in terms of ensuring that their facilities are improved. We are looking especially at their infant/early childhood department to make sure that they are up to standard. Many schools require upgrades in terms of their grounds. So, there will be some amount of paving done,” Senator Reid said.

The Minister further noted that the establishment of information and communications technology (ICT) infrastructure is also in the pipeline for the schools.

“Philadelphia, for example, they have some challenges with the Internet. We have to provide ICT solutions that are offline… updating data on tablets and so on. So, that will be something that we want to look at,” he noted.

“Lower Buxton Primary is a large facility, but there are still some infrastructure needs there. There’s an ICT lab that needs to be established, so we will be partnering with them on that. Keith Primary as well. There is an unfinished building that needs to be completed. The grounds need upgrading, so that will be part of our programme of infrastructure improvement,” the Minister added.

As it relates to cost, Senator Reid said the Regional Office has been asked to update the Ministry so that the requisite allocations can be made.

CAPTION: Minister of Education, Youth and Information, Senator the Hon Ruel Reid (right), is greeted by Principal of Hoolebury Primary School in Runaway Bay, St. Ann, Leon Lamont, during a visit on February 26.