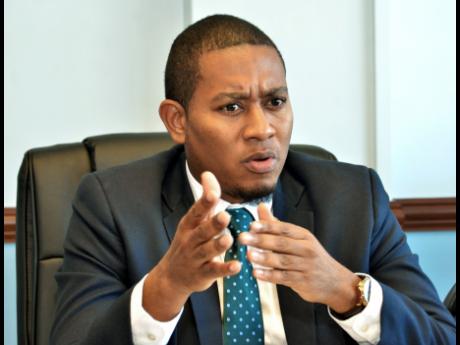 JIS: The Minister of State in the Ministry of Education, Youth and Information Floyd Green says steps are already being taken to make the process of adopting children in state care easier.

“The process of adoption has been carefully reviewed, and the first thing we did was to look at the steps involved in the process and where it was possible, removed the bureaucracy without sacrificing the checks that need to be undertaken to ensure safety standards are upheld,” he explained.

His comments came after Member of Parliament for North Central Clarendon Pearnel Charles lamented the difficulty of adopting wards of the State.

“We have to make our adoption programme so flexible that people wanting to adopt children locally or in the Diaspora can do so with ease. I have got complaints from

persons wanting to adopt and who have been to Jamaica several times trying to get a child but are yet to get through because of the bureaucracy.

We need to make it more flexible so people who are willing and able can take the children out of homes and put them in better homes,” Charles said.

Green, who was the keynote speaker at the official opening of the newly refurbished Summerfield Childcare Facility yesterday, added that although there was a significant backlog, more than 160 children were placed in homes both in Jamaica and overseas last year.

He said that the Child Development Agency has also been mandated with the task of going through all the facilities and identify those children who can be adopted and prepare a complete listing of same.

The Government currently has responsibility for more than 4,000 children, with approximately half of that number in foster care. The rest are in childcare facilities across the island, both public and private. Those in foster care are still being monitored by the Government.

Transitional programme coming for children with nowhere to go

Floyd Green, state minister in the Ministry of Education, Youth and Information, told The Gleaner that a transitional living programme is now in the making for those persons raised in State care,and who have reached 18 years old and have nowhere to go.

“We have got significant resources from USAID to build a facility and we have started a programme of transition years before they are ready to leave to prepare them to make the transition.”

The Government has also mandated that more extracurricular activities, play therapy and other programmes be implemented to help wards work through behavioural problems and other issues they may have.

The Summerfield Childcare Facility was originally a boys’ home which started in 1976 with 16 boys ages nine-18 years. It was owned and funded by the Jamaican government.

In 2014, placements were suspended to effect major renovations to the facility. Construction of a multipurpose building, bathrooms, offices, re-tiled floors, ceiling repairs and the construction of a ramp, among other things, was done at a cost of approximately $50 million.