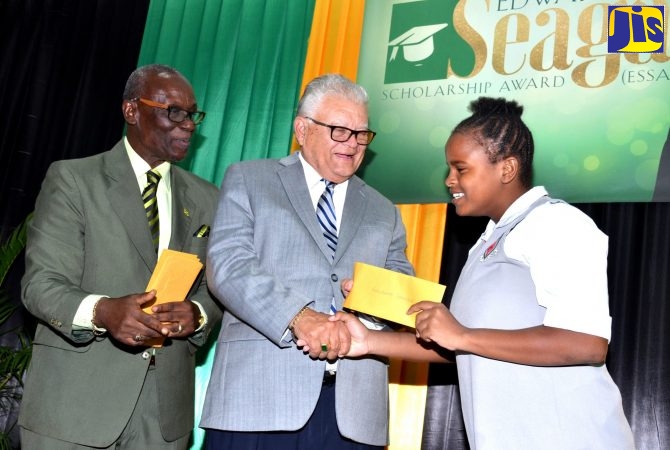 JIS: Minister with responsibly for Education, Youth and Information, Hon. Karl Samuda, says the Government is committed to creating a level playing field at the secondary level in order to ensure that students, at both traditional and non-traditional institutions, have equal opportunities to excel.

Minister Samuda was delivering the keynote address at the launch of the Edward Seaga Scholarship Awards at the Spanish Court Hotel in New Kingston on Wednesday (September 25).

Meanwhile, he said that focus will be placed on nurturing students at the pre-primary and primary levels in order to ensure that they are adequately prepared for high school.

“You cannot expect to have students ill-prepared, not being given the level of attention, the tutoring, the nutrition, the family life, the security of housing, all that goes with developing the young mind.

“We cannot expose those children to that and expect to produce, at the end of it all, a student that can cope with those who enjoy those facilities,” Minister Samuda said.

“So we will have to prepare the students in every sense of the world in human development; prepare the whole child,” he added.

Meanwhile the scholarship awards saw the presentation of seven scholarships to four university and three high-school students. A number of grants were also awarded to other students.

CAPTION: Minister with responsibility for Education, Youth and Information, Hon. Karl Samuda, presents a special grant to student of the Queen’s School, Kenesha Garrick, as Minister of Local Government and Community Development, Hon. Desmond McKenzie looks on. Occason was the launch of the Edward Seaga Scholarship Awards at the Spanish Court Hotel in New Kingston on Wednesday (September 25).