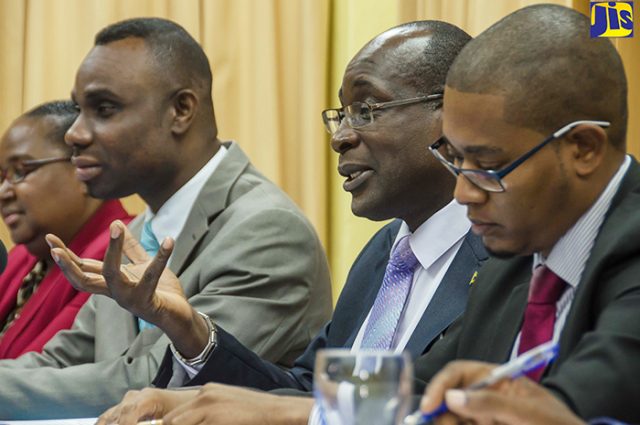 JIS: Education, Youth and Information Minister, Senator the Hon. Ruel Reid, says the Government has honoured its financial commitments to secondary schools under the non-mandatory fees policy and the institutions have complied with the measure.

The policy, which abolishes the payment of auxiliary fees, came into effect at the start of the 2016-17 school year in September. It discontinued the payment of mandatory fees by parents and instead accommodated voluntary contributions.

The budgetary support to schools for operational costs was increased from $2.6 billion to $5.3 billion, with the allocation per student moving from $11,000 to $19,000. Minister Reid said the funds were disbursed to the schools on time to allow for them to operate in an orderly manner.

Payments were made in June, September and November, the latter of which was a month ahead of schedule.

“We are ahead of our schedule and the final phase will be April, and we are well funded to be able to deliver on these commitments,” the Education Minister said.

He informed that funding for the next school year will be delivered in June.

Describing the change as a win-win for parents, the schools and the Ministry, Senator Reid said a positive relationship has been developed, where parents, without being forced, are making contributions to the development of schools.

He informed that support has been also been provided for non-establishment staff in order to meet needs at the schools.

CAPTION: Minister of Education, Youth and Information, Senator the Hon. Ruel Reid (2nd right), addresses a press conference at the offices of the Overseas Examinations Commission in Kingston on February 14 to give an update on developments in the education sector. Others (from left) are: Chief Education Officer, Dr. Grace McLean; Permanent Secretary, Deanroy Bernard; and State Minister in the Ministry, Hon. Floyd Green.