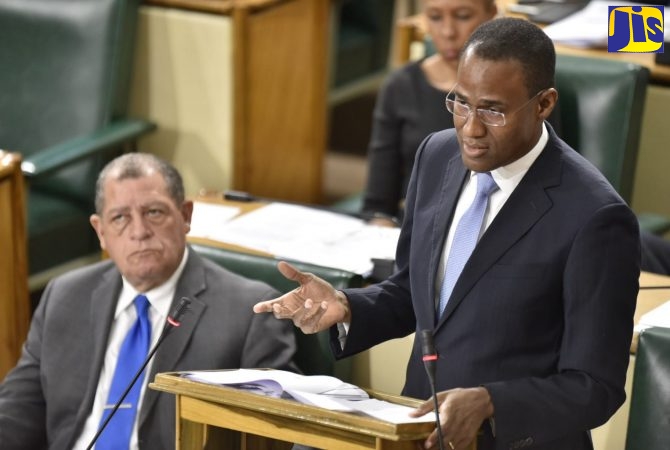 JIS: The Government has increased allocation to the Programme of Advancement Through Health and Education (PATH), which will expand support for students at various levels of the education system.

This was disclosed by Minister of Finance and the Public Service, Dr. the Hon. Nigel Clarke, as he opened the 2019/20 Budget Debate in the House of Representatives on March 7.

He said that an additional $347 million has been provided to the School Feeding Programme for children at the early childhood level.

The additional amount boosts the total allocation for school feeding to $5.1 billion, up from $4.8 billion in 2018/19, representing a seven per cent increase.

In addition, a further $200 million has been provided to the Ministry of Education, Youth and Information under the Examination Fees Assistance Programme to support payment for four additional subjects for PATH secondary level students sitting exit Caribbean Secondary Education Certificate (CSEC) examinations.

A sum of $380 million has also been provided to the Ministry to support the provision of transportation grants to schools.

Dr. Clarke noted that the objective is to significantly reduce the transportation costs for 7,500 students, who are registered beneficiaries of PATH, and are attending 94 public schools across Jamaica.

A sum of $562 million is included in the budget to support retention of the PATH back-to-school grant, which was first introduced in August 2018.

“The benefit will be institutionalised under PATH and payments made once per year in August at the start of the new school year,” Dr. Clarke explained.

He said that the additional budgetary allocations, along with an average 16.4 per cent increase in PATH cash grants with effect from June 2019, “represent protection of the vulnerable in action.”

CAPTION: Minister of Finance and the Public Service, Dr. the Hon. Nigel Clarke, announces the Revenue Measures for the financial year 2019/20, as he opens the 2019/20 Budget debate in the House of Representatives on March 7. Seated from left are: Industry, Commerce, Agriculture and Fisheries Minister, Hon. Audley Shaw and Minister of Science, Energy and Technology, Hon. Fayval Williams.