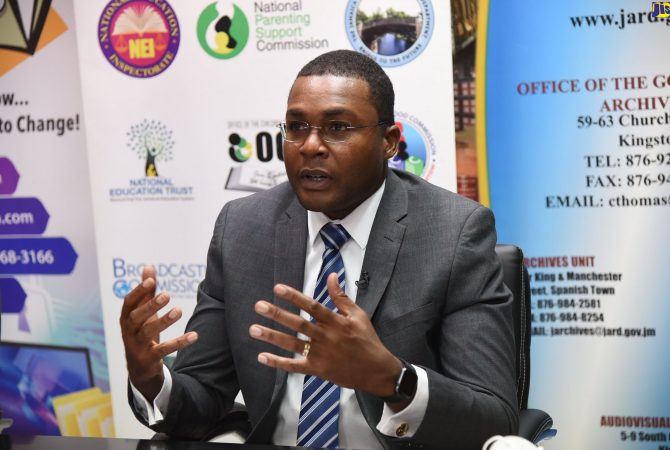 State Minister in the Ministry of Education, Youth and Information, Hon. Robert Morgan, says that the Government is strengthening legislation to provide increased protection for children.

Among the measures being undertaken is a repeal of Section 24 of the Childcare and Protection Act, which allows judges to lock up children in penal institutions without charge.
Removing this discretion will protect children from unnecessary interface with the penal system.

“We’re also trying to make recommendations for the creation of an offence of predatory sexual assault and its incorporation into relevant and existing legislation for increased protection of Jamaica’s most vulnerable,” Mr. Morgan noted.

He said that the provision would penalise any adult who engages in sexual intercourse or “anything amounting to grievous sexual assault” with a vulnerable victim, such as a child under 12 years old or someone with a mental disorder, for which the suggested penalty is a maximum sentence of life imprisonment.

The State Minister was addressing the European Union (EU) and United Nations (UN) Spotlight Initiative’s Red Alert Round Table on sexual violence against children, on Thursday (October 28).
The event outlined proposals for strengthening and enforcing relevant laws, focusing on key provisions under the Child Care and Protection and Offences against the Person Acts.

Meanwhile, Minister Morgan noted that the resumption of face-to-face classes at 376 out of 759 primary schools is part of measures to protect children.

“This would bring approximately 45,000 students that these schools account for some well-needed reprieve,” he said.