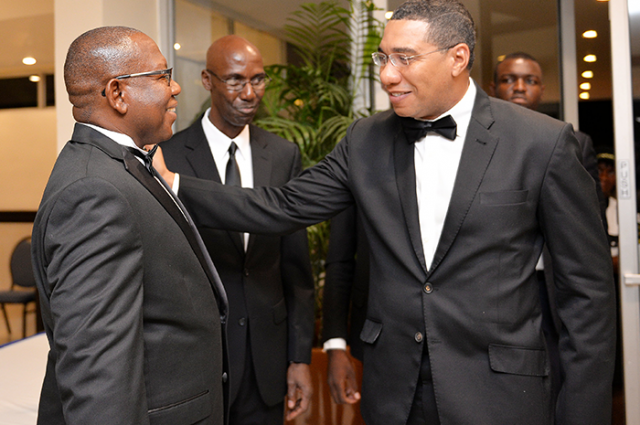 JIS: Prime Minister the Most Hon. Andrew Holness, says the Government will be undertaking a review of tertiary education funding.

He said the objective is to ensure that more students will have access to higher learning.

The Prime Minister was speaking at the Northern Caribbean University’s (NCU) fundraising banquet held on Thursday (June 15) at The Jamaica Pegasus hotel in New Kingston.

He said while the Government does not have the resources to make tertiary education free, there are ways to restructure student loans and the resources being provided so that more students are able to complete their courses.

“Every year, the number of students who register but then are unable to complete their courses is increasing, and it amounts almost to a waste because, you start, you pay down then can’t finish, you drop out, and that money is gone,” he lamented.

He said the Government has heard the concerns regarding funding and is moving to make improvements.

“We know the difficulties that students face, which is why we have been very sympathetic and acted to support students who reached out to us at the University of the West Indies (UWI), to ensure that they could stay in school and complete their education. They are far more valuable to the society with a degree than without,” the Prime Minister pointed out.

The banquet was to commemorate the inauguration of the NCU’s 24th President, Dr. Lincoln P. Edwards.

During the function, awards were presented to several persons for institutional advancement.

CAPTION: Prime Minister, the Most Hon. Andrew Holness (right) greets President, Northern Caribbean University (NCU), Dr. Lincoln Edwards (left), on his arrival at The Jamaica Pegasus hotel in New Kingston on June 15 for the institution’s fundraising banquet in commemoration of the inauguration of the new president. Looking on is Chairman, NCU Board of Governors, Pastor Everett Brown.