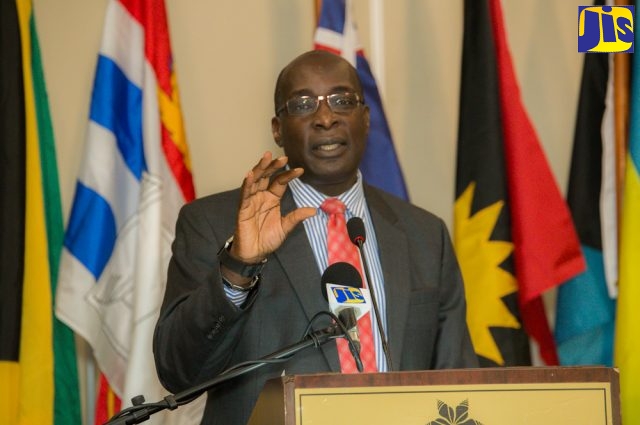 JIS: Minister of Education, Youth and Information, Senator the Hon. Ruel Reid, says the Government will continue to increase investment in education in order to improve quality and performance standards.

He noted that $37.6 billion was spent on secondary education during the last academic year, which included an increase in the maintenance grant from $50,000 to $500,000 per school.

The Minister, who was speaking at the 2018 Annual Conference of the Association of Principals and Vice Principals of Secondary Schools at the Jewel Grande Montego Bay in St. James recently, said that funding to primary, all-age and junior high schools was also increased for academic year 2017/2018 with a budget of over $1 billion outside of salaries.

The institutions also got maintenance grants of $50,000 per school along with a janitorial grant of $172,000.

The Minister, in the meantime, said that four schools were removed from the shift system in the previous school year, with another four on schedule to be removed shortly.

“It is expected that the remaining 38 schools will be off the shift system within the next three years,” he indicated.

As it relates to infrastructural repairs, the Education Minister noted that $492 million was allocated to approximately 170 schools for 2018/2019.

He reported that the Ministry was able to place all eligible students in a seven-year high school for the new academic year.

This, he said, was as a result of the provision of additional classrooms at a number of institutions and also the upgrading of Nain, New Forrest, Aberdeen and Perth Town Academy to full seven-year schools.

Senator Reid informed that the Ministry is well on its way to building 17 new schools, with work to commence in the next financial year on five institutions at Mile Gully and Christiana, Manchester; St. Ann; Clarendon; and St James.”

He said that the mathematics enrichment programmes have been enhanced, particularly at the primary level, where the number of mathematics coaches is now more than 90.